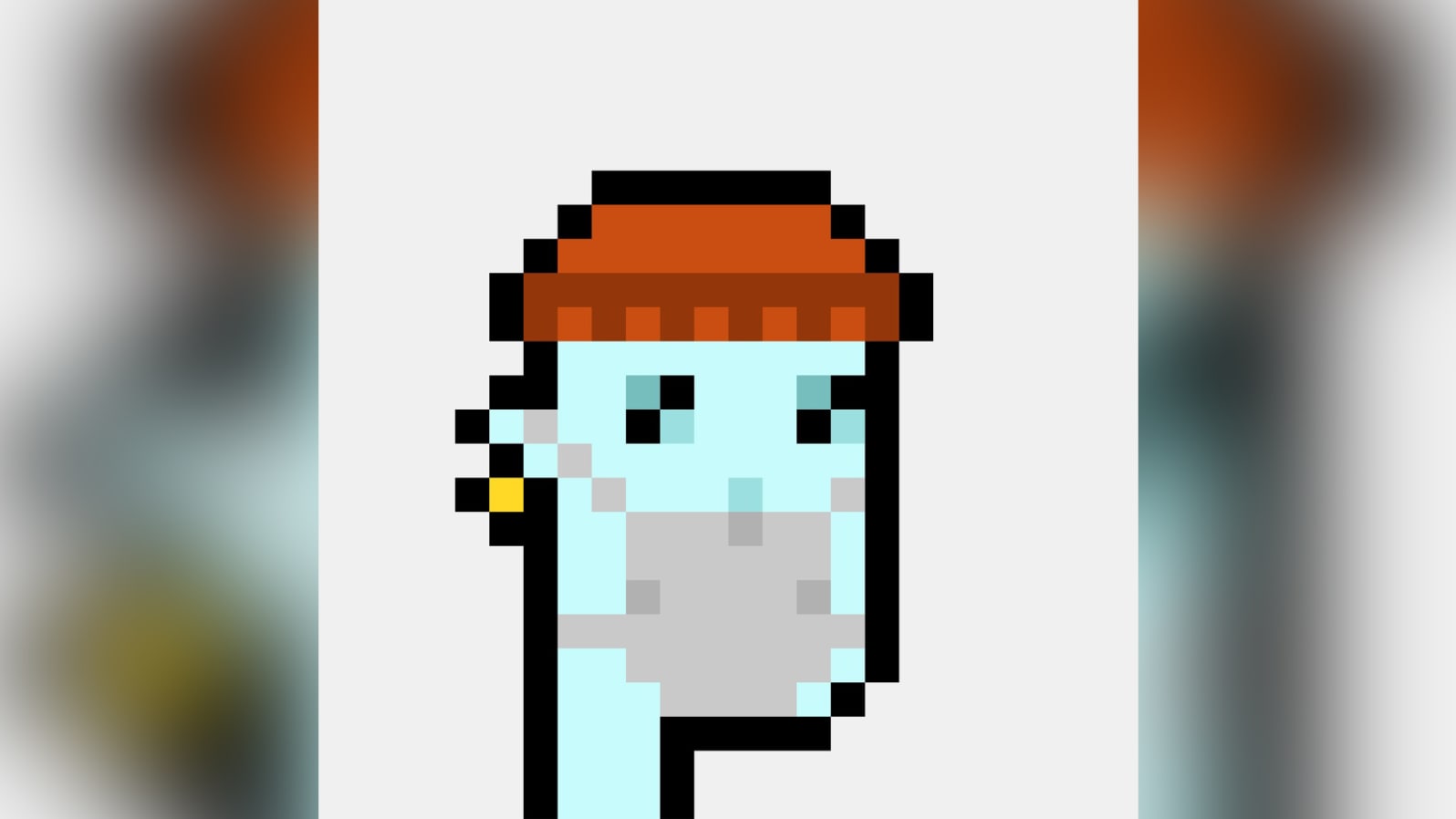 this handout obtained May 31, 2021. Courtesy of Sotheby's/Handout via REUTERS

Auction house Sotheby’s hopes to appeal to both traditional art collectors and crypto enthusiasts with a sale of digital art in the form of non-fungible tokens (NFTs). The CryptoPunk, number 7523, will be sold on June 10, with advanced bidding beginning on Thursday, according to Sotheby’s. The series, which features 27 digital artists, marks the first time a major auction house will bring a collection of the leading NFT artists to auction, according to a news release.

Known as one of the earliest NFT projects, CryptoPunks was launched in 2017 by Larva Labs founders Matt Hall and John Watkinson. Originally, CryptoPunks were offered all for free, but have recently sold for millions of dollars. CryptoPunks are 24 x 24 pixel, 8-bit-style generated characters stored on the Ethereum blockchain, according to Larva Labs, the studio that launched CryptoPunks in 2017. The studio says the Cryptopunks are the first NFTs on Ethereum. There are 10,000 of them and no two are exactly the same.

Sotheby’s first NFT auction was in April, with digital works by the artist known as “Pak” fetching $16.8 million.Michael Bouhanna, contemporary art specialist at Sotheby’s in London, said although the April sale was dominated by crypto-native buyers – people who have profited from recent cryptocurrency price gains – NFT artworks are increasingly appealing to existing clients.

The milestones follow a wave of growth for cryptocurrency and NFTs, an expansion that the co-curator of Natively Digital believes was fueled by the Covid-19 pandemic. For each purchase, the NFT will be sent to the buyer’s cryptocurrency wallet; no physical artwork changes hands. Bidding begins at $100 and buyers can pay in ordinary money or in the cryptocurrencies bitcoin and ether. Sotheby’s will also donate a portion of its proceeds to nonprofit organizations within the NFT community, including the Sevens Foundation, which focuses on elevating artists.