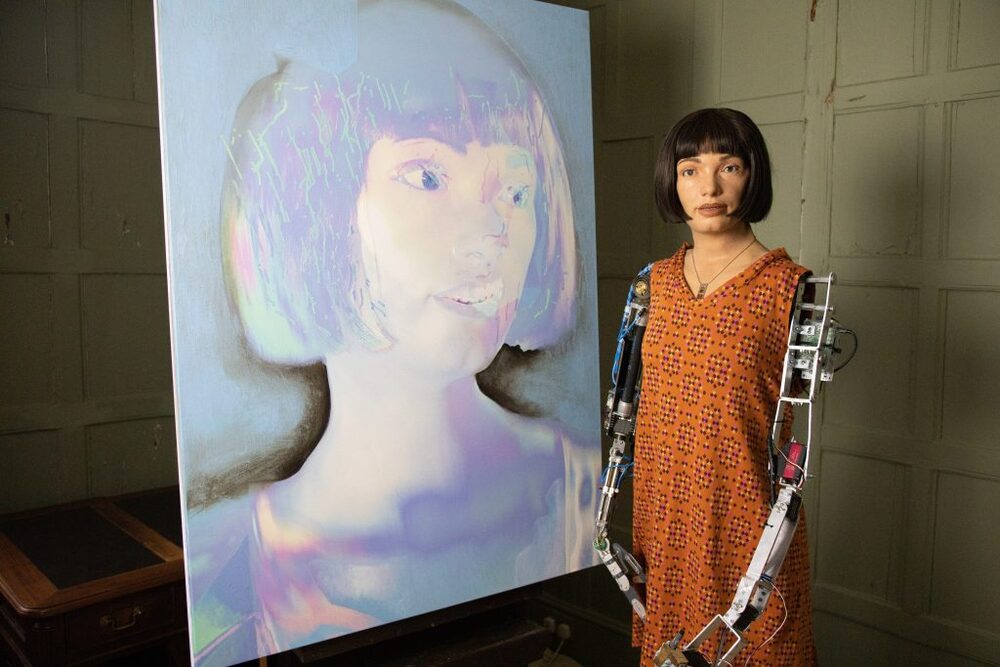 Ai-Da the artist robot with her self-portraits. Photo by Lucy Seal, courtesy the Design Museum and Aidan Meller.

The British robot artist Ai-Da was looking forward to the opening of her first show in Egypt, until security forces denied her entry into the country. She was detained at the Egyptian border for 10 days ahead of her first exhibition. The issue? Officials suspected she was part of an espionage plot—because, you see, Ai-Da is actually a robot.

That show, titled “Forever is Now,” is an annual exhibition organized by Art D’Égypte, a multidisciplinary firm whose mission is to support the Egyptian art and culture scene. Ai-Da’s inclusion in the show was supposed to be the main highlight. 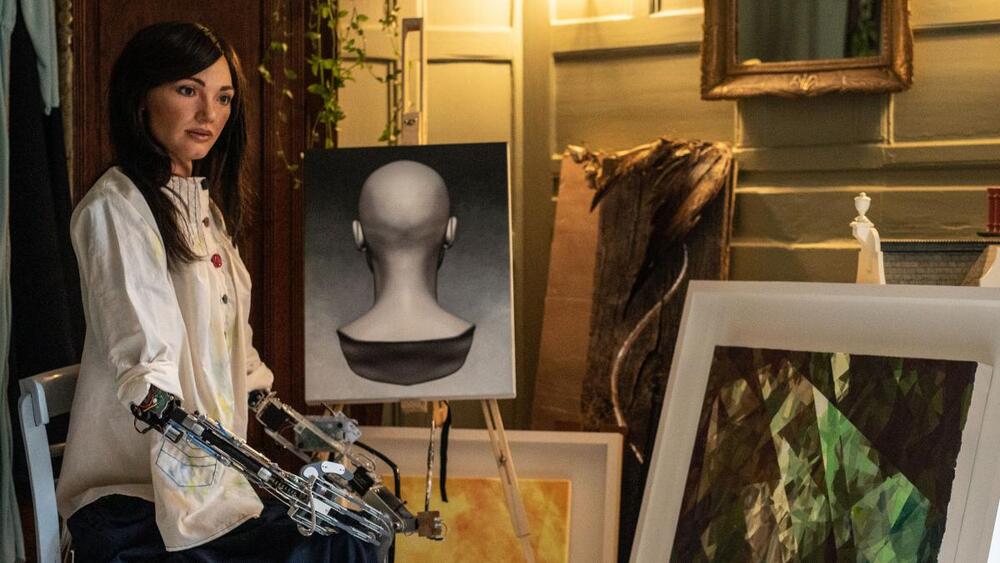 Ai-Da, the humanoid robot artist, was to take part in an art exhibition at the Giza pyramids

The trouble reportedly started when Egyptian officials noticed that Ai-Da had a modem and cameras for eyes. Because of the technology within the robot, officials grew concerned that the artist-robot may have been part of an espionage conspiracy. The Guardian reported that Egyptian officials offered to exhibit the work with some of its gadgetry removed, but dealer Aiden Meller, Ai-Da’s creator, insisted that the robot’s cameras could not be taken out. The robot uses AI algorithms to turn what is recorded through its camera into works of art.

“Let’s be really clear about this. She is not a spy,” Meller said. “People fear robots, I understand that. But the whole situation is ironic, because the goal of Ai-Da was to highlight and warn of the abuse of technological development, and she’s being held because she is technology.” He added: “Ai-Da would appreciate that irony, I think.”

Since her creation, Ai-Da has done events and exhibited at premier institutions like Tate Modern, the Barbican Centre, the Design Museum in London, and others. At the “Forever is Now” exhibition, Ai-Da is presenting her work alongside pieces by artists like Alexander Ponomarev, Moataz Nasr, and Stephen Cox.