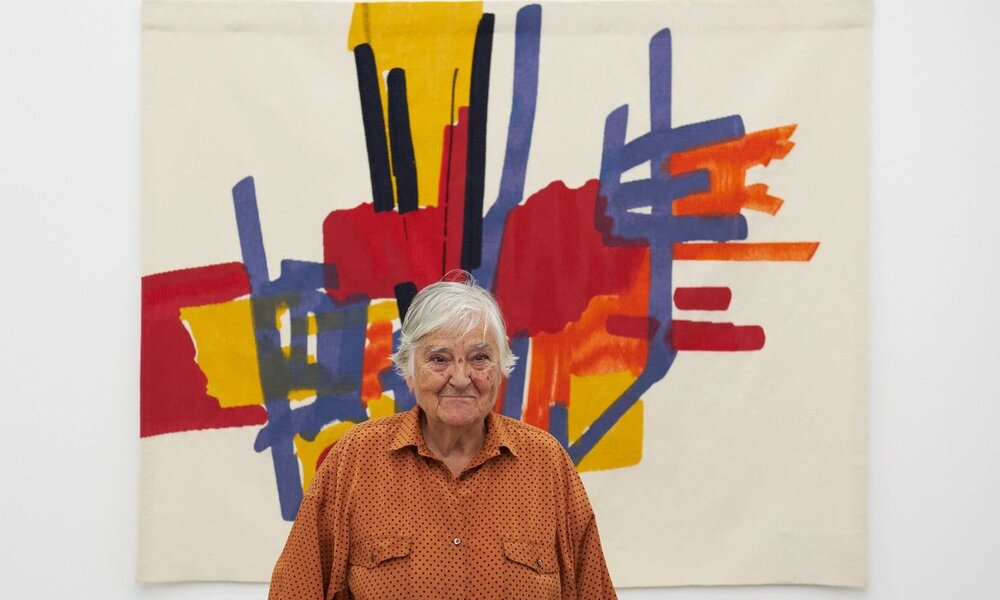 Etel Adnan, the trailblazing Lebanese abstract painter, has died at age 96. She achieved acclaim in her later years as a visual artist, died on Sunday in Paris. Her death was confirmed by her gallery, Galerie Lelong & Co. She is survived by her longtime partner, the artist and publisher Simone Fattal.

Over the course of half a century, Adnan explored themes of political discord, national identity, and feminism in the Arab world in astute poetry and prose. Her novel, Sitt Marie Rose (1978), is among the defining texts of Lebanon’s 15-year civil war. Later works such as the poetry collection Arab Apocalypse (1980); Of Cities and Women (Letters to Fawwaz), a 1993 book of letters of the artist’s letters; and In the Heart of the Heart of Another Country (2005), a series of vignettes about the personal and the political, have also become touchstones for generations of writers and artists.

Adnan had worked on a table, using a palette knife to apply oil paint onto the canvas – often directly from the tube – in firm swipes across the picture’s surface. These elemental color field compositions exude intense energy.

Adnan said, “Images are not still. They are moving things. They come and go, disappear, approach, recede, and are not even visual – ultimately, they are pure feelings.” As a result, her works relates to places with deep resonance for herself: the mountains near her home in Sausalito, California, where the artist has lived for 50 years, or the Mediterranean Sea of her childhood home in Beirut.

Adnan’s artistic practice continued to evolve right to the end of her life. She had shifted color palette from the toasty shades of her native and adopted homelands to black-and-white. An exhibition of her work, “Etel Adnan: Light’s New Measure,” remains on view through January 10, 2022, at the Solomon R. Guggenheim Museum, New York. Her first retrospective in the Netherlands will open in May 2022 at the Van Gogh Museum in Amsterdam.