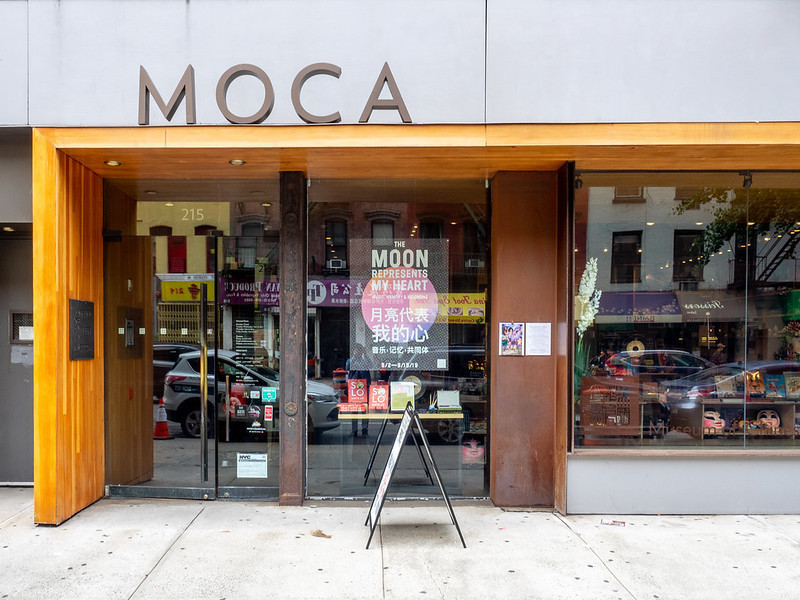 The Museum of Chinese in America. Image courtesy of Ajay Suresh via Flickr
New York’s Museum of Chinese in America has canceled an exhibition of work by pioneering artist collective Godzilla: Asian American Arts Network after nineteen of the group’s members withdrew in protest of what they contend is the museum’s support for a large new jail in Chinatown, where the institution is located. The exhibition, “Godzilla vs. the Art World: 1990–2001,” was to open in May focusing on the efforts of the collective over the 12-year span of its existence, during which it published a newsletter, organized “slide slams,” and sponsored symposiums on Asian American art in an effort to elevate its presence on the national art scene and to foster intergenerational and interdisciplinary collaboration on a more local scale.
Hot Swiss movement fake breitling watches like Navitimer, Chronomat, Superocean, Transocean and etc. are available on this web. 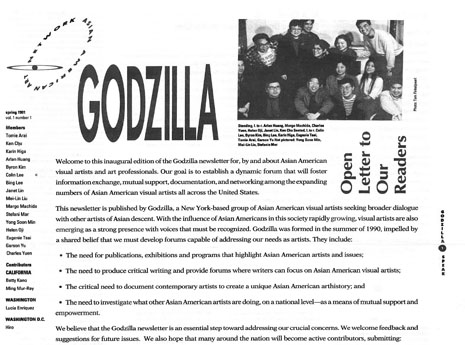 Godzilla, c. 1991. Courtesy of Tomie Arai, Photo by Tom Finkelpearl.
Open Letter of Godzilla vs. the Art World: Tomie Arai, Byron Kim, Herb Tam, and Ryan Wong (Thursday, July 18, 2019)
Via ICI
Under the city’s current plan, the existing 15-story Manhattan Detention Center would be torn down and replaced with a 29-story edifice in the same location. Multiple neighborhood organizations such as the Chinatown Art Brigade and their allies have campaigned strongly against the new jail on the grounds that its construction will disrupt commercial activity in the area, already decimated by the continuing Covid-19 crisis, and that it imperils the livelihoods of Chinatown’s mostly immigrant elderly residents and small-business owners. Godzilla points to a $35 million concession received by the museum from the city as evidence of “complicit support” of a criminal justice system that disproportionately targets Black and brown citizens, and further says that the museum has not been an active participant in the fight against the new jail. L.A. Weekly covers the opening of Roots, drawing links to anti-Trump protests.
Photo: Ryan Lee Wong
In a January 28 letter from MOCA provided to Artforum by the dissenting artists of Godzilla, museum president Nancy Yao Maasbach argued that MOCA had consistently and clearly stood against the jail and supplied an additional statement to that effect which she said MOCA would shortly post to its website. Godzilla contended that the information was posted as a hard-to-find PDF and that it was only briefly available on the site, which was soon redesigned. According to the collective, the information did not appear on their new site until Godzilla pressured them to put it up.
“I want to be clear that what MOCA leadership is fighting for is the future of MOCA and the stories of immigrant communities and cultures it collects, cares for, and shares,” wrote MOCA curator Herb Tam in a letter to the artists made available to Artforum by the museum. “Their intentions regarding this are displayed in the daily work they put in to support the staff, build a solid foundation for MOCA, and lead us through uncertain times.”
Exacerbating matters is MOCA board member and Chinatown landlord Jonathan Chu’s decision to evict the historic dim sum banquet hall and art-world staple Jing Fong, a move being protested by the restaurant’s unionized workers.
“We cannot, in good conscience, entrust the legacy of Godzilla as an artist activist organization, to a cultural institution whose leadership ignores, and even seeks to silence critical voices from its community,” said the dissenting collective members in a statement explaining their withdrawal from the exhibition. 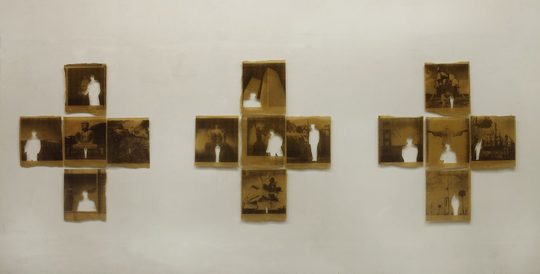 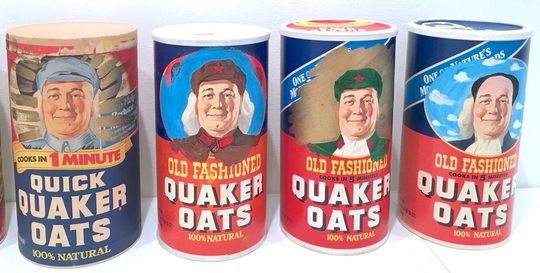