[NEWS] New Survey Suggests 15% of US Museums Could Close Permanently

A year ago, the outlook for U.S. museums appeared grim: a July 2020 survey conducted by the American Alliance of Museums (AAM) found that one-third of institutions across the country could close due to the devastating effects of the pandemic. But now, things may be starting to look up. A new report by AAM—the professional organization’s third such survey since March of 2020—suggests that 15 percent of museums are at risk of closure. That’s an improved number to be sure, but a sobering one, too. Indeed, if there’s a message to take away from the survey, it’s that museums’ prospects are better, but still bleak. 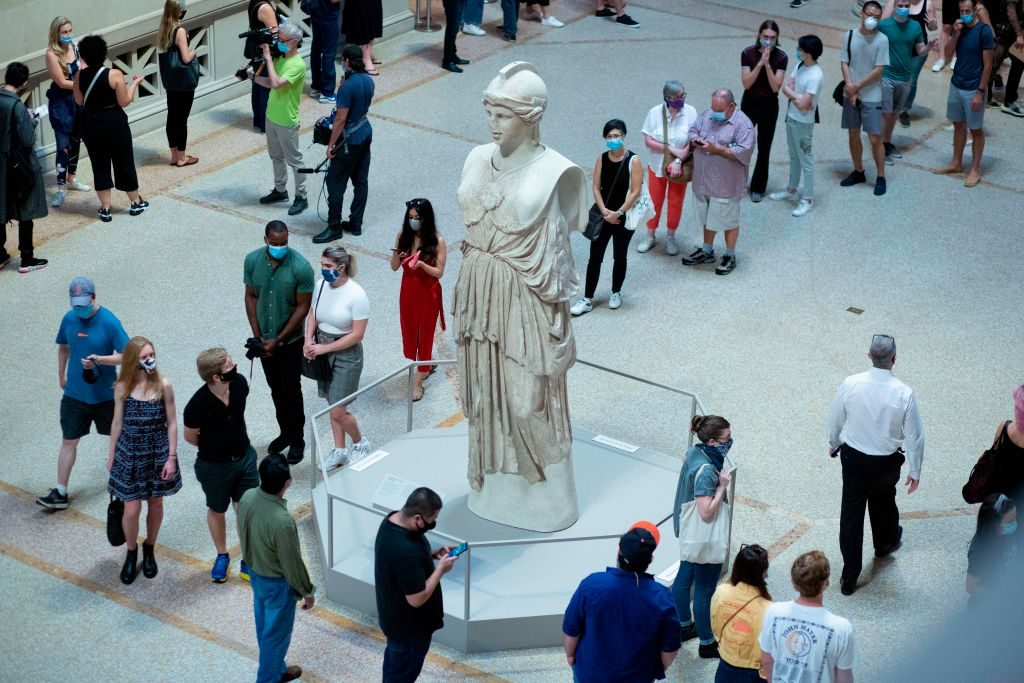 Visitors line up as the Metropolitan Museum of Art in New York reopens to the public on August 29, 2020.
Photo: Kena Betancur / AFP via Getty Images.

In a statement released on the AAM website, Laura Lott, the organization’s president and CEO, stressed the dire circumstances still faced by the nation’s art-collecting institutions. “The museum field will take years to recover to pre-pandemic levels of staffing, revenue, and community engagement,” she said. “Far fewer museums than expected are in danger of permanent closure thanks to several federal relief programs. However, average income sank 40 percent during the pandemic with museums predicting a slow financial recovery.” 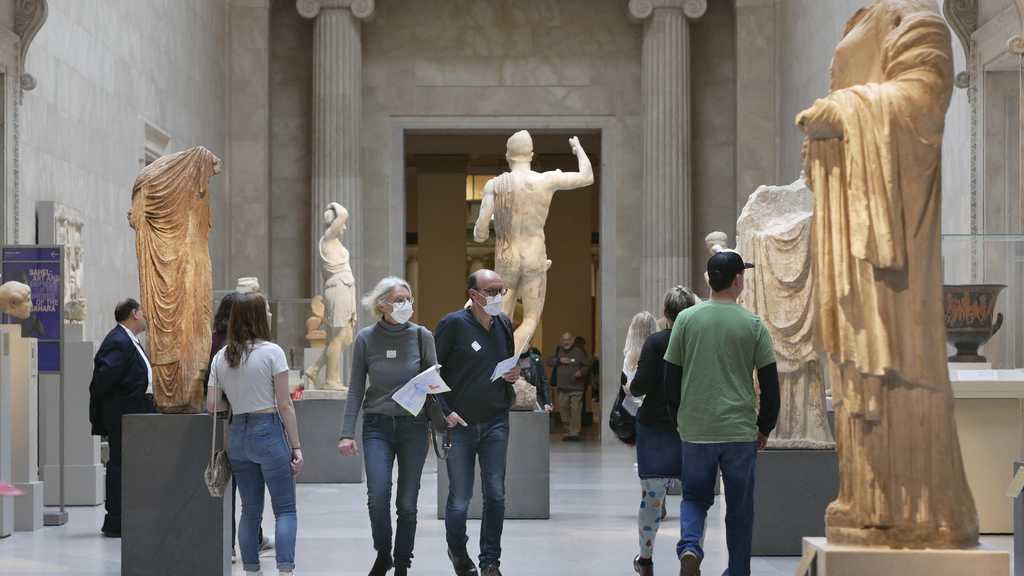 Two visitors wear masks as they walk through the Metropolitan Museum of Art in New York on March 10. Seth Wenig/AP

The Museum of African American Art, which occupies the top floor of a Macy’s in the Crenshaw district of Los Angeles, has stayed closed throughout the pandemic, and is one among many smaller museums currently relying on donations and grants to stay afloat, NPR reported earlier this year. Uncertain working conditions have triggered a second wave of organizing efforts in museums nationwide; yesterday, the Whitney Museum of American Art voluntarily recognized its new union.

According to the survey data, more than three-quarters of museums saw their operating income decline by an average of 40 percent while being closed to the public. Nearly half of institutions lost 29 percent of their staff, on average. Of the directors surveyed, only 44 percent plan to hire or rehire in the coming year.