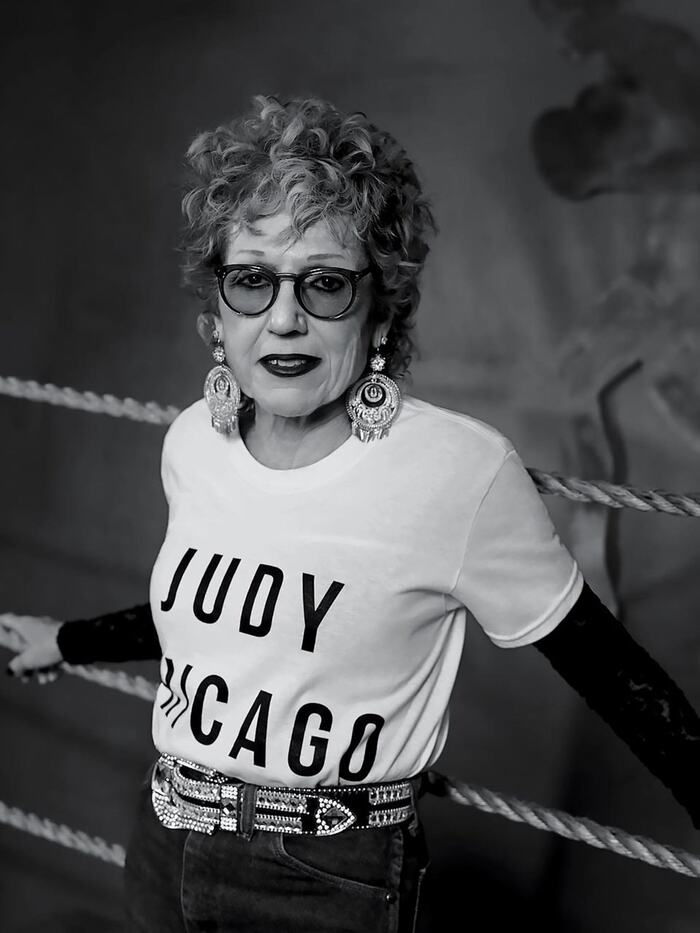 ﻿A new exhibition at the de Young Museum in San Francisco, California marks pioneering feminist artist Judy Chicago’s first retrospective. Spanning from her early engagement with the Californian Light and Space Movement in the 1960s to her most current body of work — a searing investigation of mortality and environmental devastation — the exhibition will include about 150 paintings, drawings, ceramic sculptures, prints and videos that chart the boundary-pushing path of the artist. The exhibition, opening Aug. 28 through Jan. 9, 2022, is presented on the heels of the 100th anniversary of women’s right to vote across the United States.

While living in Fresno, California, during the early 1970s, Judy Chicago undertook a research project focused on female artists throughout the ages. These days, such an initiative hardly seems revolutionary—many books have since been published about pioneers by historians like Linda Nochlin, Griselda Pollock, Mary Garrard, and more. But at the time, art history as it existed in the U.S. was almost exclusively focused on the achievement of white males based in Europe and New York. Chicago sought to change that. 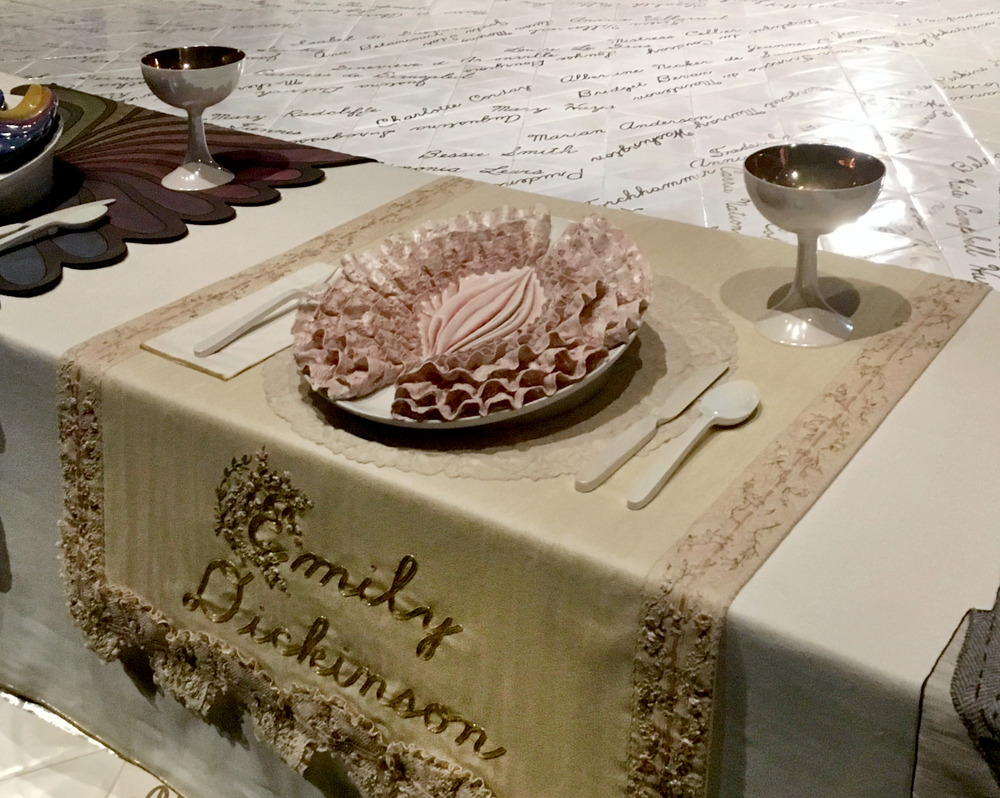 One of the founding forces behind the 1970s feminist art movement, Chicago became widely known for her landmark installation “The Dinner Party.” The massive work shone a spotlight on women’s contributions to history. It featured table settings that honored ancient female deities such as Ishtar and Kali, historical figures like Hildegarde of Bingen and Sojourner Truth and artists in many mediums, from Emily Dickinson to Georgia O’Keeffe. Upon its completion in 1979, after more than five years of work and with contributions from dozens of volunteers, “The Dinner Party” was presented in San Francisco to large crowds and popular success and proceeded to be shown to audiences on an international tour to 15 cities in five countries.

Since Chicago began her research project, many of the women she explored have been given proper museum surveys and biographies of their own. Now, Chicago has been inscribed in the lineage of which Gentileschi, Carreira, Morisot, and others are a part. This Saturday, the de Young Museum in San Francisco will open Chicago’s first-ever retrospective, cementing her place in history as one of the most important feminist artists ever. Though that show doesn’t include her most famous project, The Dinner Party (1974–79), it will feature a breadth of work that spans the full of her career, from early paintings done on car hoods to her latest series focused on death and ecological destruction. Below, a look at Chicago’s expansive oeuvre.