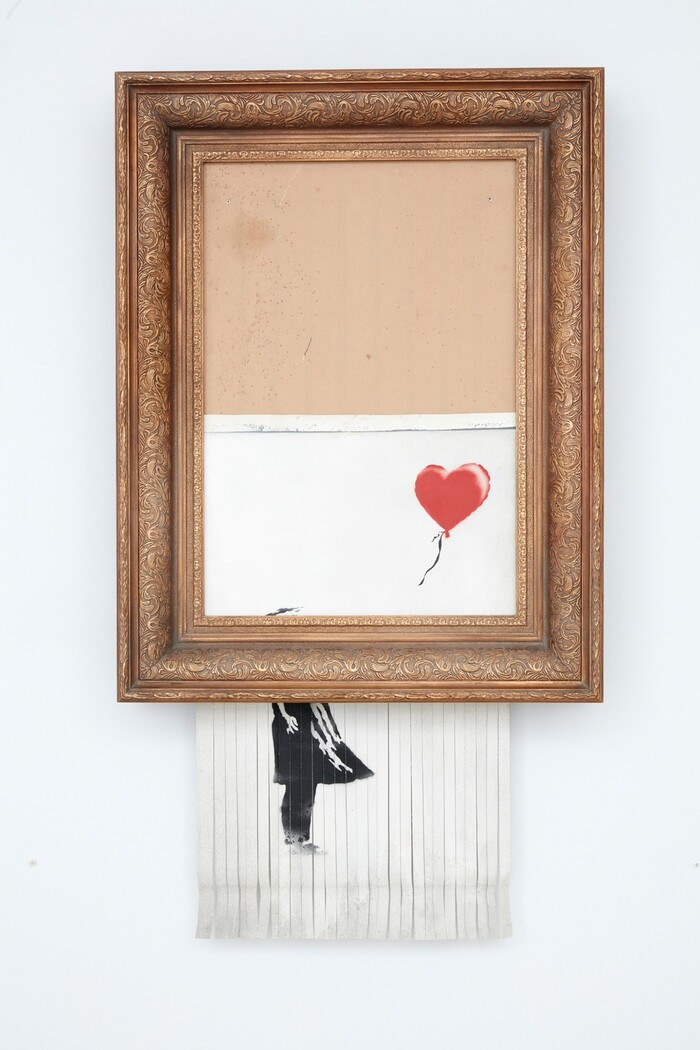 Three years after shredding itself the moment it sold at auction, a painting of a young girl holding a red heart-shaped balloon by elusive British artist Banksy is going back under the hammer next month with a price tag of up to $8 million.

The canvas was passed through a secret shredder hidden in the large Victorian-style frame, leaving the bottom half in tatters and only a solitary red balloon left on a white background in the frame. The buyer proceeded with the purchase and the artwork, since authenticated as a work in itself and renamed “Love is in the Bin”, is being offered for sale with a price estimate of $5.54 to $8.31 million. 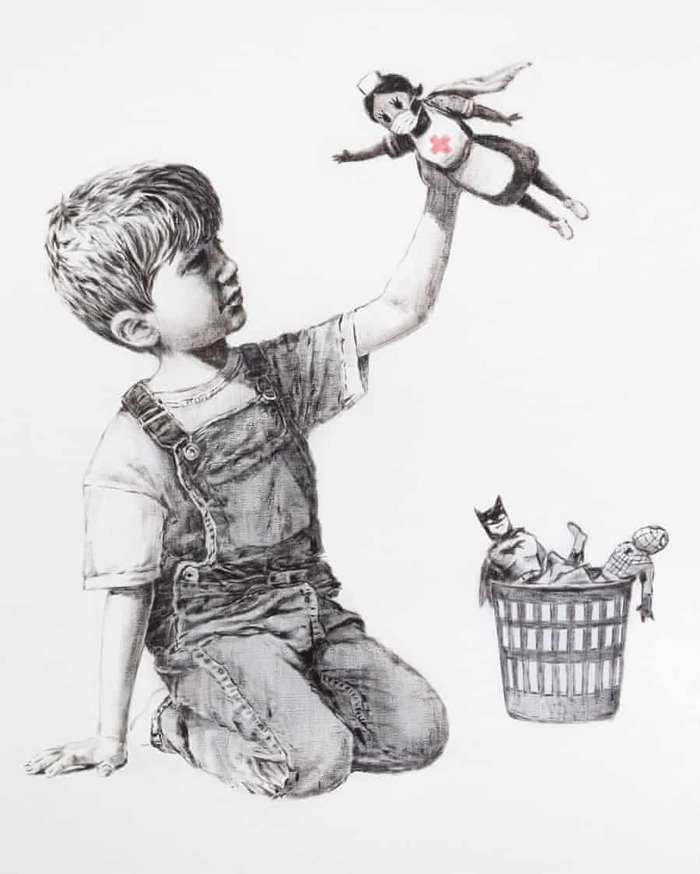 In recent months, Banksy’s market has reached new height. In March, his “Game Changer” (2020), an ode to NHS healthcare workers in the United Kingdom that depicts a child playing with a toy a nurse, sold for $22.9 million at Christie’s, setting a new record for the elusive artist.

“Love is in the Bin” was originally stenciled on a wall in east London and has been endlessly reproduced, becoming one of Banksy’s best-known images. In 2017, this was voted the nation’s favorite artwork. Banksy who has never confirmed his full identity, began his career spray-painting buildings in Bristol, England, and has become one of the world’s best-known artists.  His mischievous and often satirical images include two policemen kissing, armed riot police with yellow smiley faces and a chimpanzee with a sign bearing the words, "Laugh now, but one day I’ll be in charge."

“Love is in the Bin” was displayed at Sotheby’s in London before traveling to Hong Kong, Taipei, and New York and returning to London for the Oct. 14 sale.