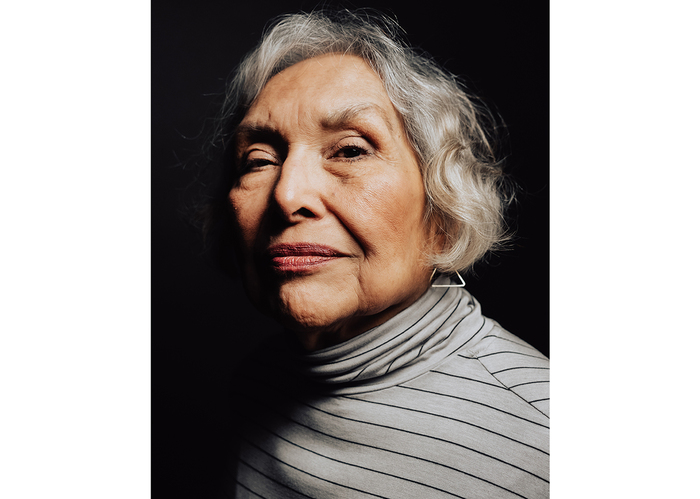 Yolanda M. López, an artist acclaimed for her reimagined paintings of the Virgen de Guadalupe as well as her early work in political posters, died of cancer this morning at her home on San Jose Avenue. She was 79 years old. The news was confirmed in a statement posted to Facebook by her son, Rio Yañez.

“López was one of the most celebrated figures in the history of Chicano/a/x art, even as she was largely ignored by the institutional art world. She always prioritized her political commitments, working entirely outside the gallery system,” Jill Dawsey, a curator at the Museum of Contemporary Art, San Diego, where a survey of López’s art will open next month, said in an email. 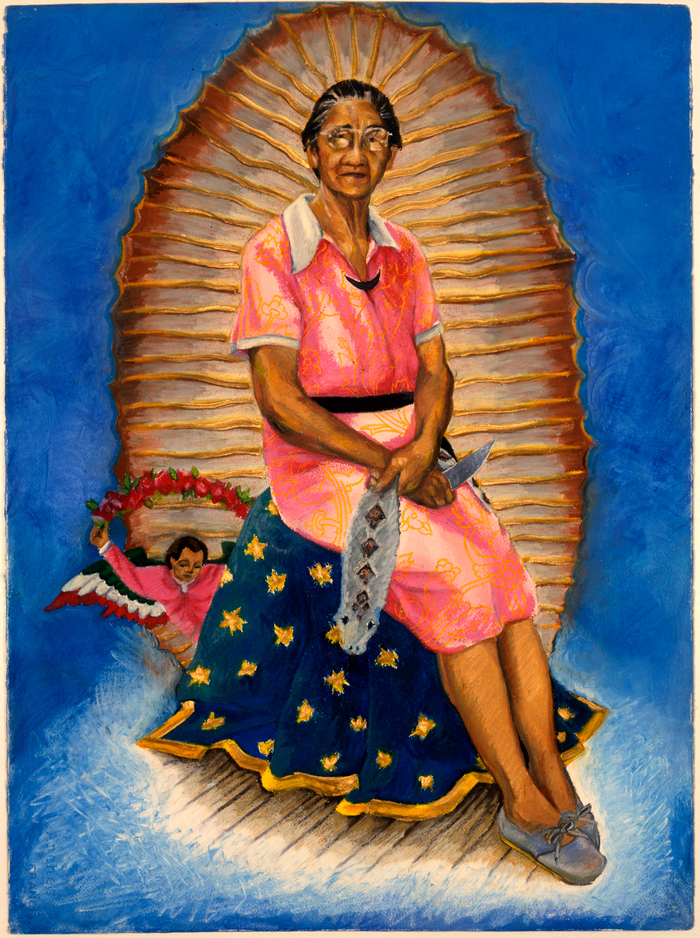 Yolanda López, “Victoria F. Franco: Our Lady of Guadalupe, from the “Guadalupe” series, 1978. Courtesy MCA San Diego
López was born in 1942 and raised in San Diego’s Barrio Logan neighborhood. In the late 1970s, López began brainstorming ideas for her final project for a master’s degree in fine arts. She settled on a venerated icon: the Virgin of Guadalupe. Fusing her interest in conceptual and feminist art, she embarked on a series of paintings that reimagined the image of Mexico’s patron saint with herself, her mother, and grandmother as stand-ins for the Empress of the Americas. In her work, Chicanas are the empowered, beautiful, and complex women that they truly are. No longer are they idealized and made perfect, as is often the case with images of the Virgin.
The best-known work from the “Guadalupe” series is her painting "Guadalupe Triptych" (1978). In "Victoria F. Frnaco: Our Lady of Guadalupe," López's grandmother is set atop a stool draped in the Virgin’s gold star blue cloak; she wears a pink maid’s outfit and holds what looks like a kid’s stuffed animal of a snake. Next comes "Margaret F. Stewart: Our Lady of Guadalupe," in which which López’s mother runs the cloak through a sewing machine; the snake stuffed animal becomes her pin cushion. On the right is "Portrait of the Artist as the Virgin of Guadalupe," which shows a beaming López wearing a pink dress and white sneakers. In her right hand she holds a snake, and in her left, she triumphantly clutches the cloak. In a related series titled “Tableaux Vivant,” López created photo-collages making use of pictures shot by Susan Mogul. Those images feature similar subject matter to pictures that later acted as studies for the "Guadalupe Triptych."
Throughout her career, López’s dedication to creating art for the Chicanx community guided her groundbreaking practice.