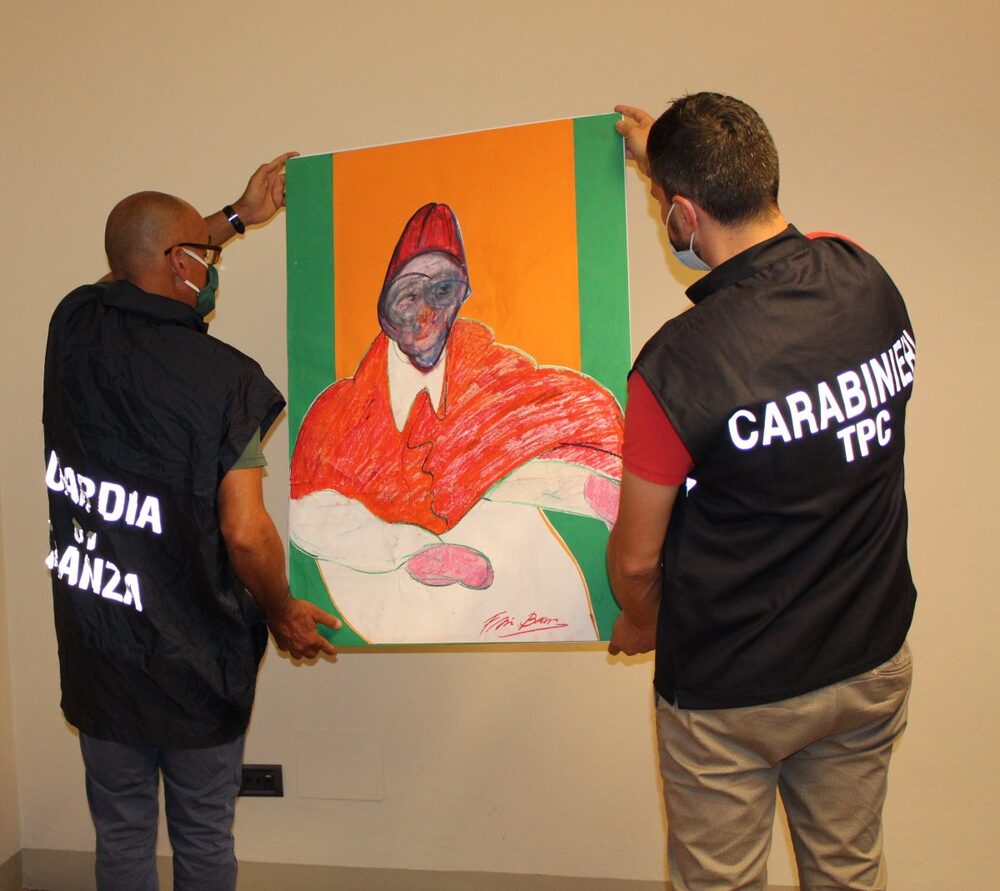 A Fake Francis Bacon work seized by Italian police. Courtesy ARMA DEI CARABINIERI, UNIT for The Protection of the Cultural

Italian police have confiscated nearly 500 drawings and collages reputed to be by the Irish born artist Francis Bacon. The artworks, along with various other personal effects that were seized, are worth about $3.5 million. Five out of seven total suspects investigated have been charged with conspiracy to authenticate and trade forged works of art, along with fraud and money laundering, according to a statement released by Italian authorities on Friday.

A lead suspect in the case is a collector from Bologna. He previously has been a person of interest in 2018 two investigations known as the “Paloma Operation,” in which two fake Picassos and other dubious Bacon works were found.

According to the statement, the seizure of 485 works was “preventive,” to halt the fraudulent sales of other forged artworks. The works recovered are being examined by experts who will determine their authenticity.

Forgeries of Francis Bacon works have previously caused a stir in the market. In 2016, a London gallery exhibited a selection of works on paper from on loan from the Bologna-based collector Cristiano Lovatelli Ravarino that have since been disputed by experts. Though Ravarino, an ex-partner of Bacon, has claimed that the works were gifted to him directly from the artist, historians and the author of Bacon’s catalogue raisonné, Martin Harrison, have disputed the collection’s authenticity. 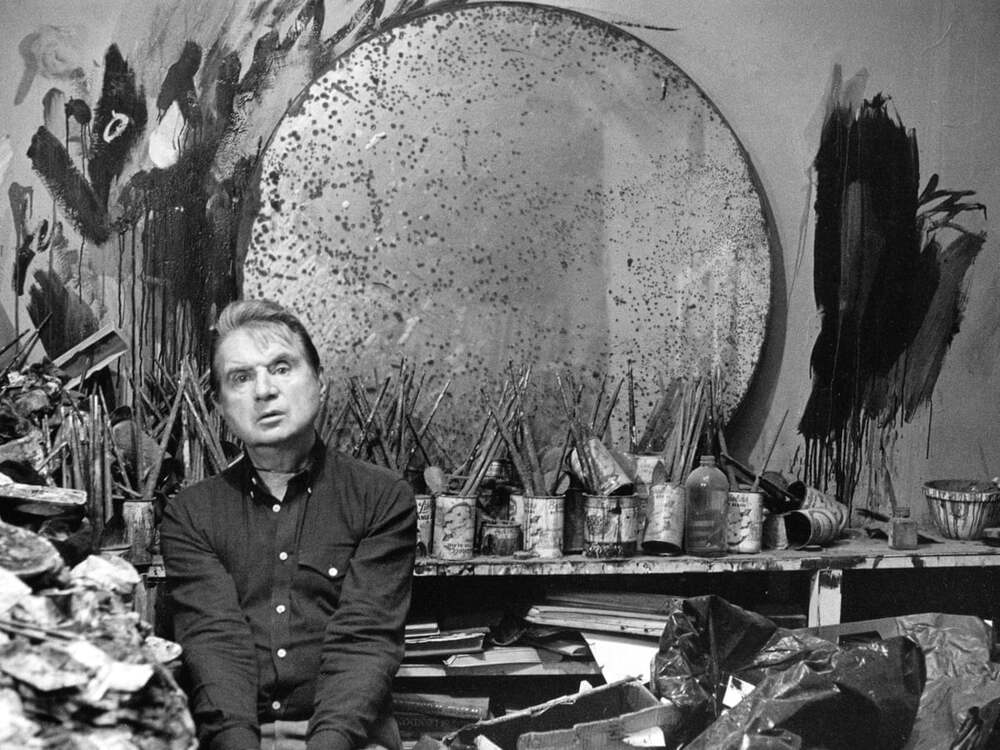 Francis Bacon (1909-92) is known for his triptychs, one of which, Three Studies of Lucian Freud, sold for $142.4 million in 2013 at Christie’s in New York, making it one of ten most expensive paintings ever sold at auction. The Irish-born artist was the son of horse breeders. He became one of the most important painters of the 20th century.

An openly gay man at a time when homosexuality was illegal, he was banished from his conservative family home by his father at 16. After that, he drifted through Berlin and Paris before establishing himself in London, with his formative years running parallel with some of the 20th century’s most profoundly disturbing events.