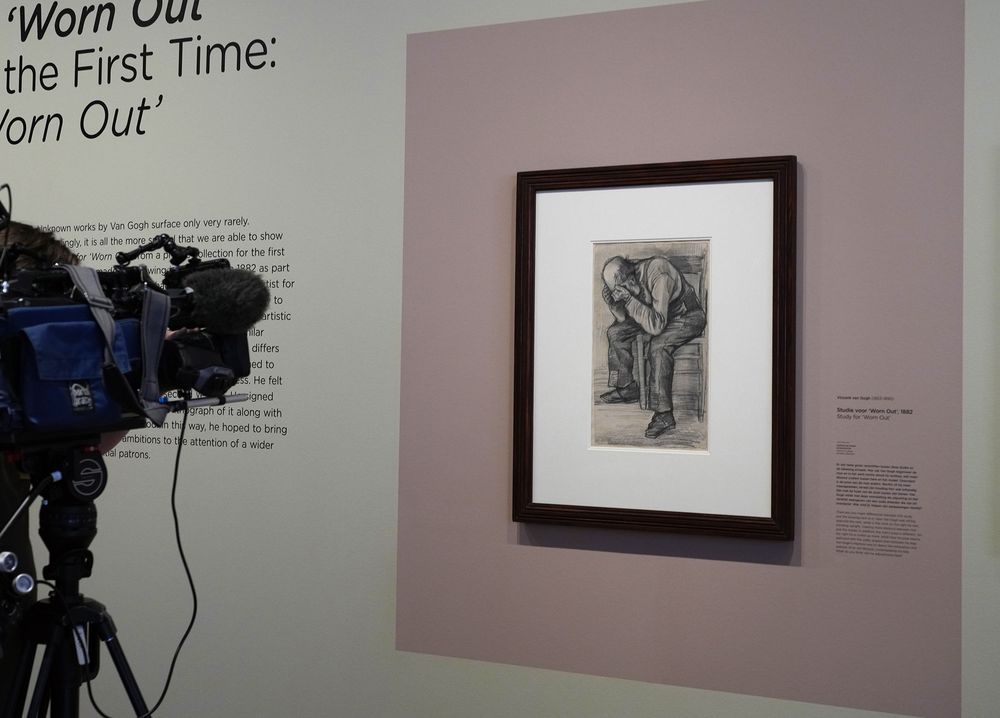 A cameraman takes pictures of Study for "Worn Out", a drawing by Vincent van Gogh, dated Nov. 1882, on public display for the first time at the Van Gogh Museum in Amsterdam, on Sept. 16.  Photographer: Peter Dejong/AP Photo

A pencil drawing of a broken old man that has been newly attributed to Vincent van Gogh is set go on display publicly for the first time ever. The van Gogh Museum in Amsterdam will put the work —a rarity, given that new van Gogh pieces infrequently come to light—on view this week.

The work, titled Study for Worn Out, is drawn in late 1882 when Van Gogh was 29. It depicts an elderly male worker witting on a wooden chair, hunched over with his face in his hand. Van Gogh made it as a preliminary sketch for this 1882 drawing of the same title during the early part of his career, when he was working in the Hague.

Van Gogh used a thick carpenter’s pencil and drew it on coarse watercolour paper. The sheet measures 48.8cm by 30cm. He finished off the drawing by rubbing pellets of bread on the lighter parts of the sitter’s clothes. He then coated the drawing with a fixative made from milk and water, which made the pencil darker and more matt. 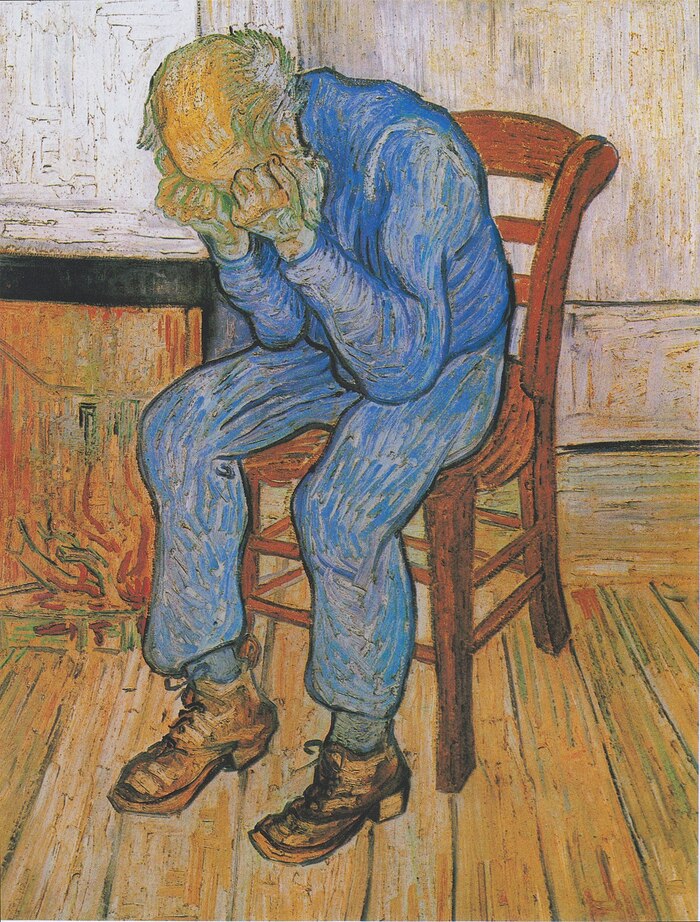 According to the van Gogh Museum, the artist detailed ideas that led him to make the final drawing—1882’s Worn Out, which is currently owned by the institution—in letters to his brother Theo and to his friend Anthon van Rappard.

Teio Meedendorp, senior researcher at the Van Gogh Museum, said, “This one has never been seen before anywhere.” The drawing has been in a private collection in the Netherlands since around 1910. It goes on display at the museum from Friday until 2 January, after which it will return to the owner.