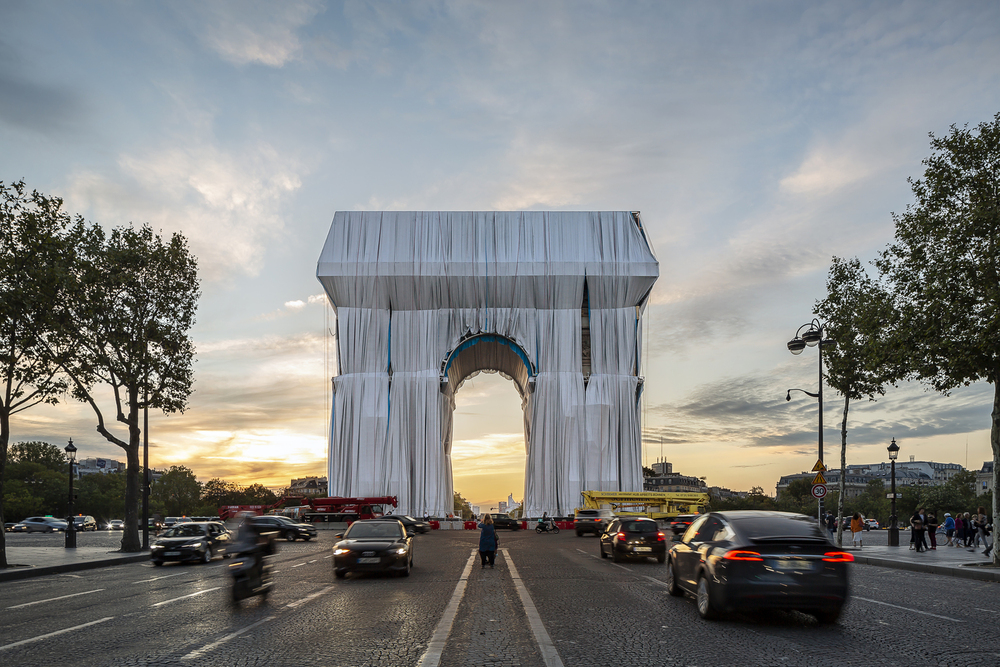 Christo and partner Jeanne-Claude Denat de Guillebon’s latest project, L’Arc de Triomphe, Wrapped, has been completed a year after the artist’s death, and 60 years after it was first imagined. Their temporary installation opened to the public on September 18th. It is wrapped with 25,000 square metres of recyclable polypropylene fabric in silvery blue, and with 3,000 metres of red rope.

Installation work for the Christo and Jeanne-Claude project began on July 15, 2021. Although Jeanne-Claude passed away in 2008, and Christo in May of last year, both had always made clear that their artworks in progress be continued after their death. Per Christo’s wishes, L’Arc de Triomphe, Wrapped, will be realized by his team. 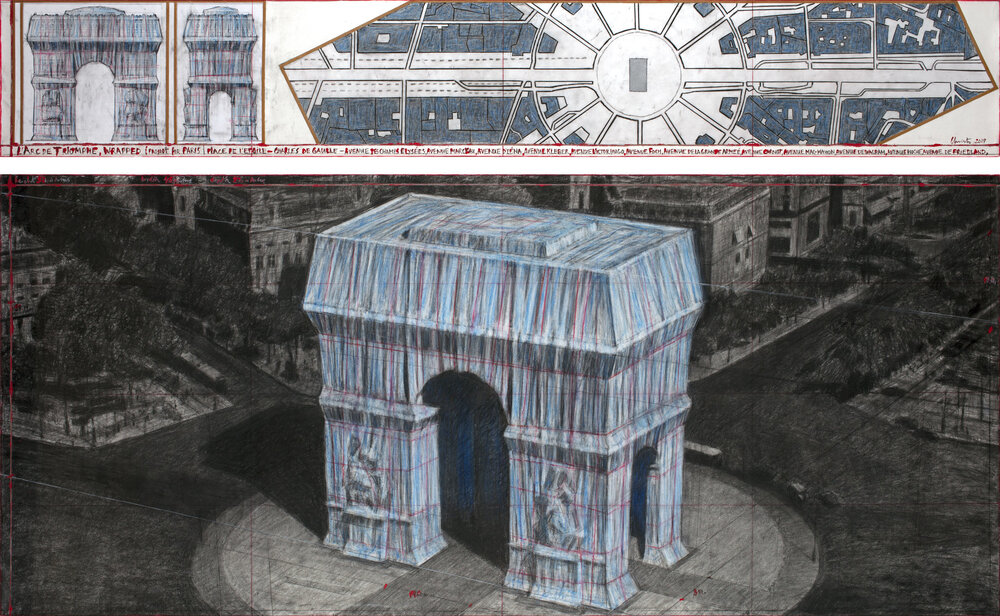 The intervention was first designed in 1962, and in 2017 Christo returned to the idea when the Centre Pompidou proposed a retrospective of the Parisian period of his artistic career. Almost 60 years after its ideation, the project is finally on view, albeit concretized posthumously. As with most of the pair’s urban interventions, the installation was financed by the artists themselves through the sale of their artwork, an aspect that Christo and Jeanne-Claude saw as a guarantee of their artistic freedom.

In regard to the installation, Wrapped, Yavachev argues that, “one important thing is that people can come and walk around the Arc de Triomphe and touch the material. It’s a work of art that is alive, moving with the wind.”

However, not everyone has reacted to the grand project with such effusive praise. The news that the Arc de Triomphe is being covered up was met with anger by many Parisians, with some suggesting that the monument now looks as though it is under construction, and others expressing pity for the tourists visiting Paris during the duration of the installation.