[NEWS] “Wong Ping: Your Silent Neighbor” At The New Museum 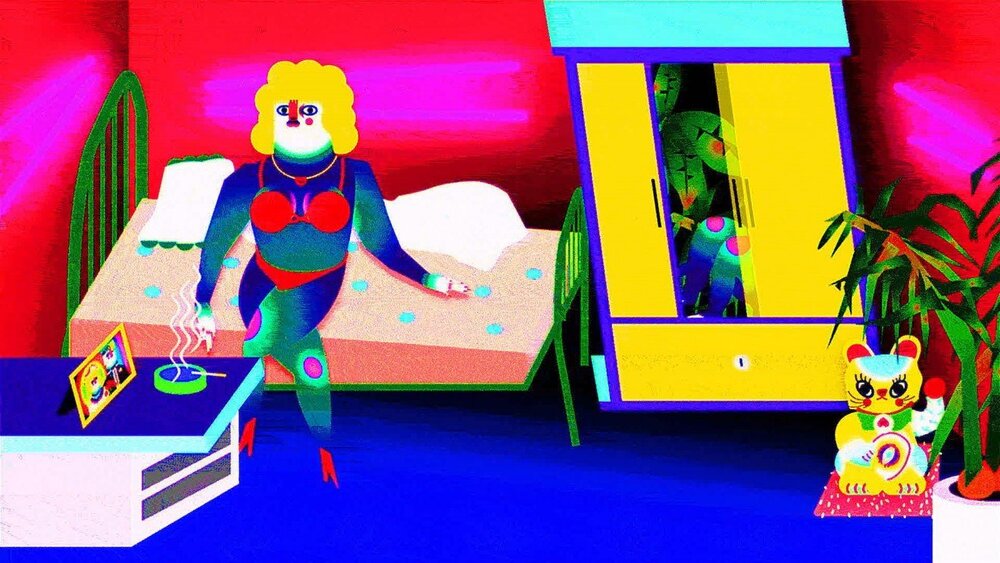 In “Wong Ping: Your Silent Neighbor,” catharsis was an exorcism gone awry. The Hong Kong – based artist’s titillating animations, six of which were recently on view at the New Museum, are set in a technicolor dreamworld on the fringes of a dystopian city where a cast of oddball characters attempts to peel back layers of their desire and navigate taboos.

Wong Ping might be a hedonist. Or I might take too much pleasure in his work, which basically depicts the depraved, the lonely, and the anxious. But his animations are irresistibly saturated with color. Like the “cangiante” of Michelangelo’s paintings, where strong highlights are described through a change in pigment rather than a modulation of tint, Wong Ping’s world is full of hyper-contrasting gradients within forms, and the neon sheen of his characters’ various body parts appears less like an effect of light than some sickly glaze on a dessert.

Wong’s themes of social isolation and societal failure are drawn partly from his life in Hong Kong, where, amid tumultuous sociopolitical transformation, residents have faced outsize legal ramifications for past activities like protest, union participation, and political speech on social media.

His characters give the impression that they don’t even belong to themselves. They are passive commuters of fate. Longing, fetishism—these are not just the results of the internet, these are the problems that bring us to the internet, that fuel the internet. Maybe this construct will apparate my soulmate, maybe this kink will get me off. The internet is repression and lurid desire. To feel hope or passion, we’ll try it.

Interpreted partly as a response to Hong Kong’s evolving, restrictive cultural climate, Wong’s perverse visual language, with its fixation on genitalia and breasts, feels less revolutionary than juvenile, even gratuitous. Yet his work remains relevant in its shifting depictions of power and the powerless.

Wong uses cuteness not as a distraction, but as a warped mirror. Taking advantage of the mimesis that tender, playful, childish aesthetics tend to elicit, He creates environments in which viewers are lulled into accepting realities that are otherwise difficult to swallow.