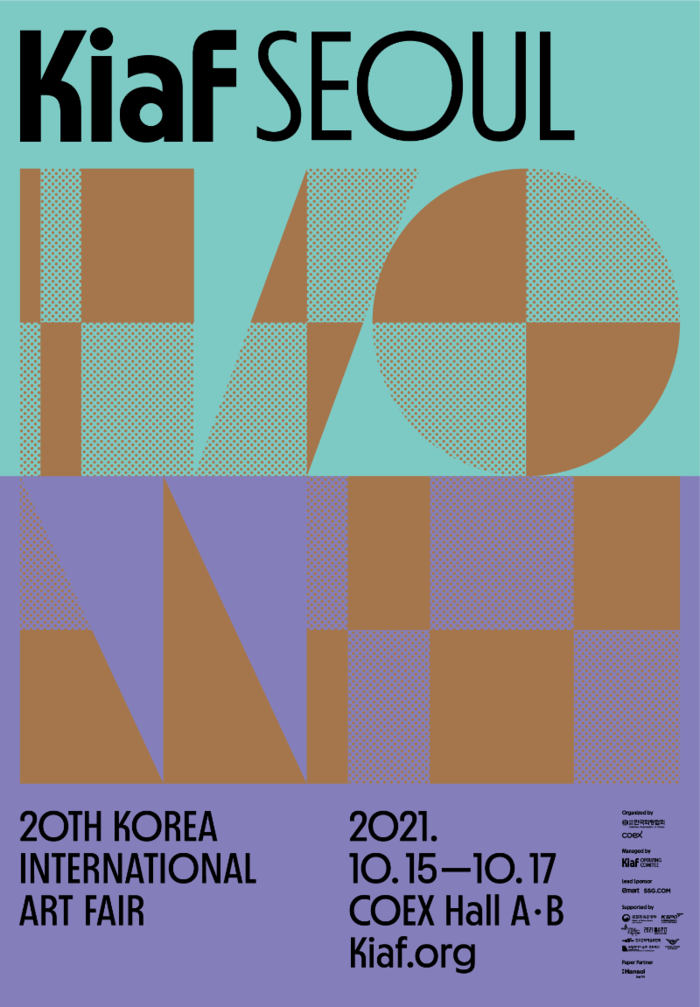 KIAF SEOUL 2021, which marks its 20th anniversary this year, will be held at COEX hall A and B from the 15th to the 17th of October. The exhibition hall will open for VVIP on the 13th and VIP on the 14th. Last year, KIAF conducted only online viewing room due to the influence of COVID-19, but this year it will be held for both online and offline.

KIAF Seoul is Korea's representative international art fair held by the Korea Galleries Association since 2002. About 170 galleries from 10 countries will represent paintings, sculptures and media works. The increase in participation in famous overseas galleries such as the U.S. and Germany reflected the growing international interest in the Korean art market.

In particular, as it is the last solo art fair before co-hosting with 'Frieze', which is one of the world's three major art fairs, in next year 2022, KIAF paid more attention to increase the fair quality as Korea’s representative art fair. It is known that about 100 galleries, including association member galleries and overseas galleries, have been eliminated from the application screening for this reason.

In terms of operation, KIAF also focused on the international quality. The previous ticket system was divided into only VIP and general viewing, but the new ‘VVIP’ ticket is created to further enhance the treatment of high-priced and very private art collectors. Considering that the new collector in 30s and 40s do not have a connection to galleries, not only VVIP previews also VIP preview cards were released for sale.

Dalsung Hwang, a chairman of the Korea Galleries Association, mentioned, “Competition is taking place to bring Hong Kong, Shanghai, Taipei, and Singapore, the centers of Asian art market, to Seoul,” and, “"Japan is also on alert, easing tax regulations on artworks. We cautiously expect the Korean art market will step forward five times over the course of this year and next year," he said.

As another top major domestic art fair, ART BUSAN, held in Busan in this May, recorded the largest transaction amount in history of about 35 billion Korean won, focusing on the sales result of KIAF Seoul 2021.