[NEWS] Basquiat’s “The Guilt of Gold Teeth” Could Bring $40 M. at Christie’s 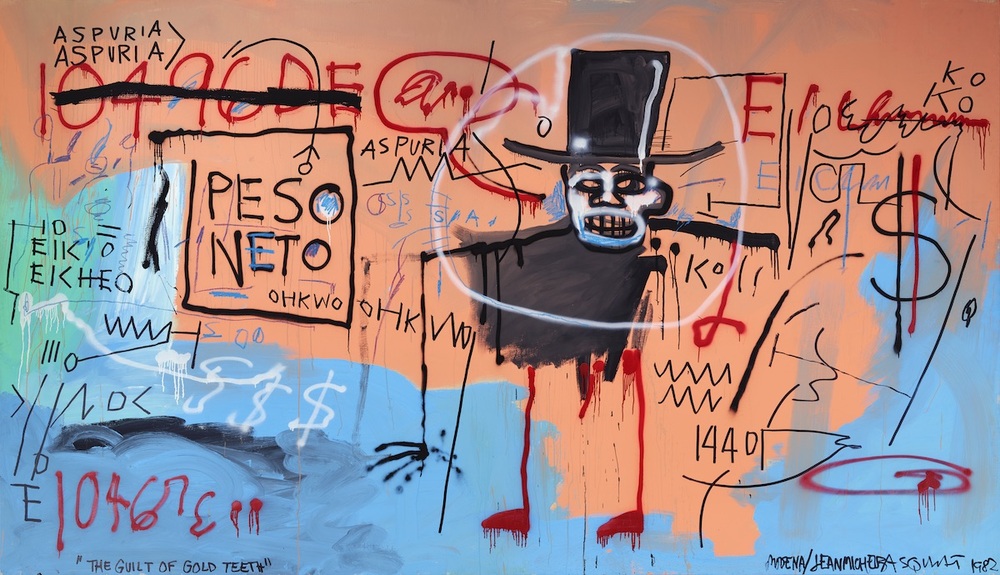 With each auction season, Jean-Michel Basquiat  paintings are brought to sale, and along with them come hefty sums of money. This fall is set to be no different in that regard, with Christie’s set to sell Basquiat’s 1982 painting “The Guilt of Gold Teeth” at a marquee New York auction on November 9. Bidding for the nearly-14-foot-wide work, made when Basquiat was just 22 years old, will start at around $40 million, a Christie’s spokesperson said, although an estimate is only available upon request.

Held for a nearly quarter century in a private collection, this rare and monumental 1982 canvas was created at the peak of the iconic artist’s career. This stands as an incredible example of a very limited group of career-defining works that Basquiat painted during a trip to Modena, Italy in March of 1982. The eight paintings created by Basquiat in Modena in 1982 remain some of his greatest artistic achievements, with two having established record breaking results at auction. Five years ago in May of 2016, “Untitled”  set a world auction record, selling for $57.3 million at Christie’s New York and “Profit” sold for $5.5 million at Christie's New York in 2002, establish a record for the artist at the time, which remained unbroken until 2007. 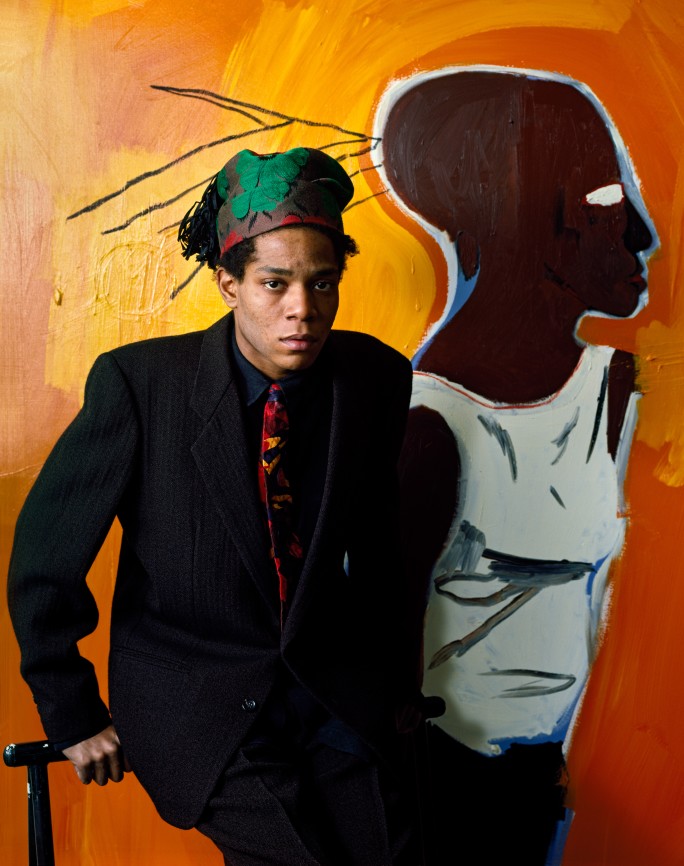 Part of the reason “The Guilt of Gold Teeth” was given such a grand price tag is because it belongs to just a handful of works that the artist produced while in Modena, Italy, as his star was rapidly ascending. Having worked under the moniker SAMO previously, Basquiat had had the first show as “Jean-Michel Basquiat” in 1982 at New York’s Anina Nosei Gallery; the exhibition sold out on the night it opened to the public. A similarly popular show at Galerie Bruno Bischofberger in Zurich followed.

The central figure in this example is identified as Baron Samedi, a spirit of Haitian Vodou and leader of the Gede – who tends to shepherding departed souls to the ‘other side.’ Versions of this figure appear in several of Basquiat’s paintings, and The Guilt of Gold Teeth is one of the earliest depictions. Baron Samedi is linked closely with death, revelry, and safekeeping. He is frequently depicted as a skeletal figure dressed in funeral attire, including his signature top hat. He is both a protective caretaker as well as a riotous trickster, representing multitudes—just as much about life as about death.