[NEWS] The V&A Museum Has Returned a 4,250-Year-Old Looted Vase to Turkey 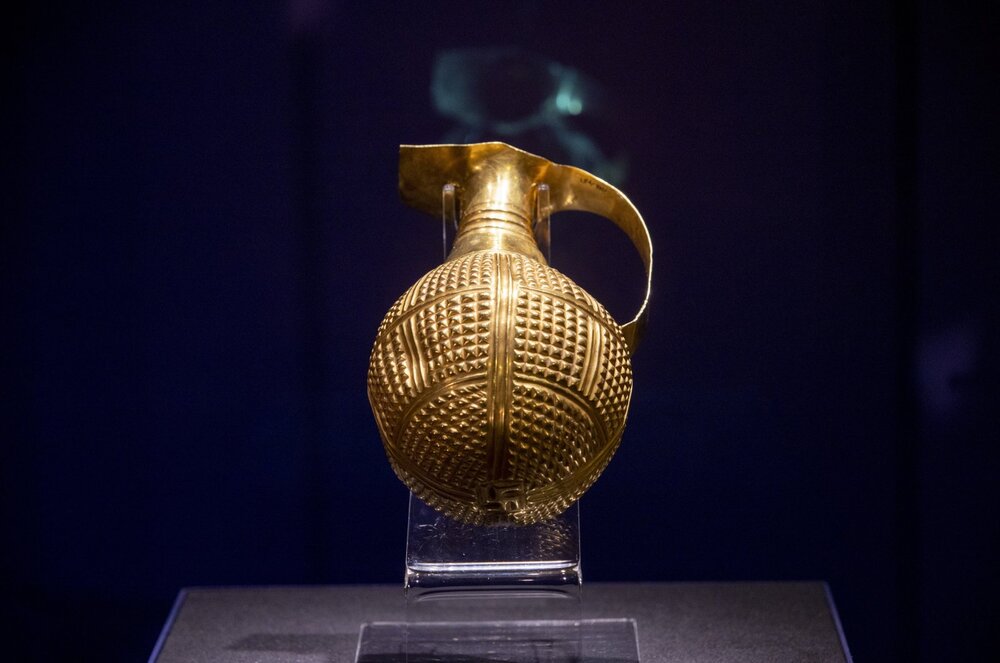 A photo showing the golden beak-spouted ewer on display in the Museum of Anatolian Civilization. (Photo by Anadolu Agency)

Identified in a museum in London, an ancient golden beak-spouted ewer belonging to the Hattian people that lived in Anatolia in the third century B.C. has been returned to Turkey. Minister of Culture and Tourism Mehmet Nuri Ersoy said in a statement, “This cultural heritage returned to the land it belongs to.”

Dating back to more than 4,000 years ago, the golden ewer is believed by experts to have been made as a funerary gift by the Haitian people of Anatolia in the 3rd century B.C.E.

The Gilbert Trust discovered the truth of the provenance of the object—one of the most important pieces in the collection—after hiring the specialist Jacques Schuhmacher to check into possible Nazi-looted objects. Schuhmacher uncovered that the dealer who had sold the ewer to Gilbert was now known to have dealt in stolen items. Gilbert, who died in 2001 at age 88, had bought the ewer from Los Angeles dealer Bruce McNall for $250,000 in 1989.

In compliance with U.K. government standards on combating the illicit trade of antiquities for museums instated in 2005, the V&A returned the ewer to the Gilbert Trust once the research emerged. The guidelines require that U.K. museums reject objects that have suspicious provenance “after undertaking due diligence.”

A ceremony was held for the work of art that is now housed in the Museum of Anatolian Civilizations located in Ankara, Turkey. Speaking at the ceremony, Minister Ersoy said that Turkey is resolutely continuing its efforts for the return of cultural assets that have been illegally taken from their lands. Minister Ersoy noted that they had to struggle with biased decisions, meaningless discussions, and unrealistic and unscientific perspectives to secure the return of artifacts that were illegally taken abroad, but added, "Sometimes witnessing the existence of ethical approaches, such as in this case, is a driving force for us in tackling difficulties."

Many archaeological artifacts with Turkish origins remain at large in U.K. museums and on the market. In 2020, two Turkish antiquities that surfaced at a London auction house—an ox-driven cart sculpture and a three-piece Sidamara sarcophagus dating from around 3000–2000 B.C.E. Anatolia—were returned to the government. The Gilbert Trust and the V&A facilitated the restitution of the ewer together with the Turkey’s ministry of culture.