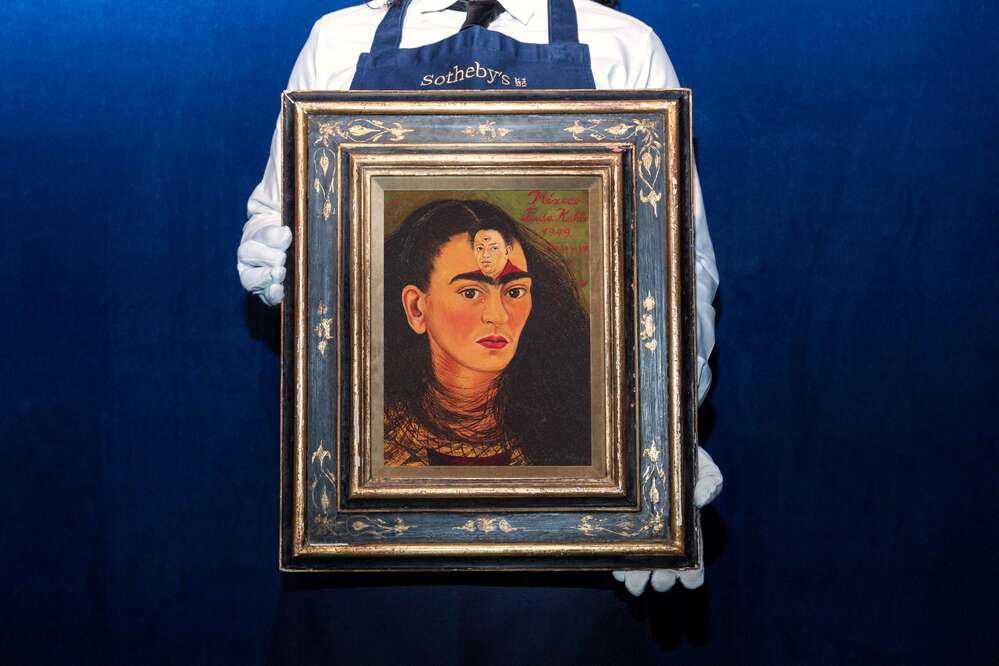 A 1949 painting by Frida Kahlo sold for $34.9 million on Tuesday night at Sotheby’s New York, setting a record for the artist at auction.

The work, titled Diego y yo carried a presale estimate of $30 million to $50 million and was guaranteed by a third party, meaning the auction house had lined up a buyer willing to pay a minimum amount before the sale even began.

The painting, Diego y yo, depicts the artist gazing tearfully at the viewer; superimposed on her forehead is an image of her husband, the muralist Diego Rivera, who himself has a third eye. Diego y yo, which is just under a foot high, had been out of the public eye for more than 30 years. It last came to at auction in 1990, when it sold for $1.43 million at Sotheby’s New York. 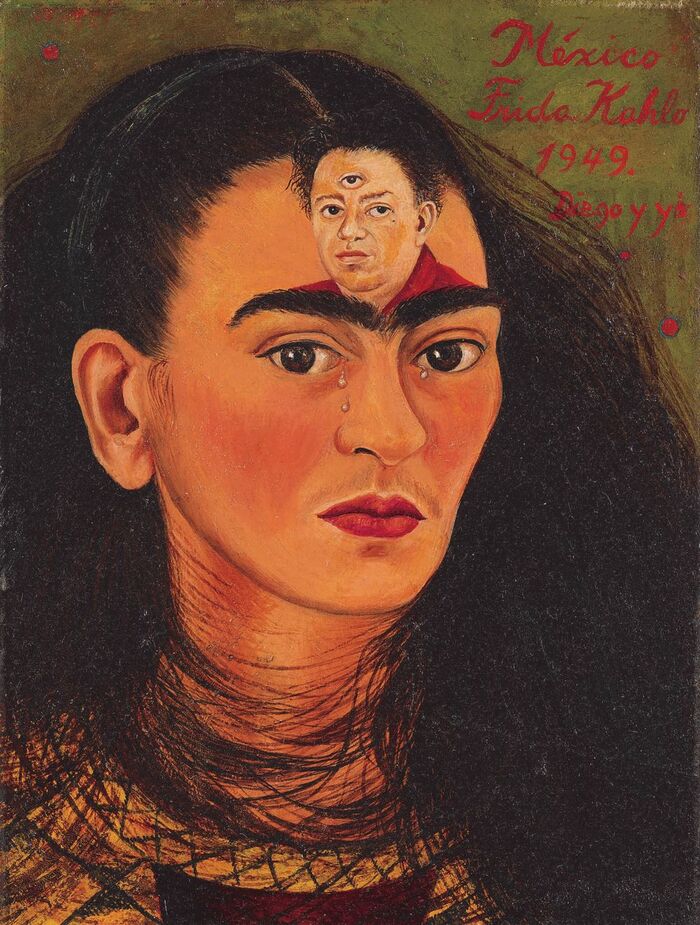 The buyer of the painting was the Eduardo F. Costantini Collection. Costantini is an Argentinian real estate developer who founded the Latin American Art Museum of Buenos Aires, or Malba, in 2001. According to Sotheby’s, the painting is for his private collection.