A court in Bristol, England, found four protestors not guilty of criminal damage after they took part in the toppling of a monument to a slave trader during a Black Lives Matter protest in 2020. Photographs of the action, which involved tossing the statue into a nearby harbor, became some of the most iconic images of the protests spurred by the murder of George Floyd in June of that year, and the case had been closely watched in the U.K.

The four protestors—Rhian Graham, Jake Skuse, Sage Willoughby, and Milo Ponsford—had been accused of causing criminal damage when they removed the statue without permission. According to the Guardian, the protestors did not deny that they had toppled the monument but said that they were not guilty of the charges. 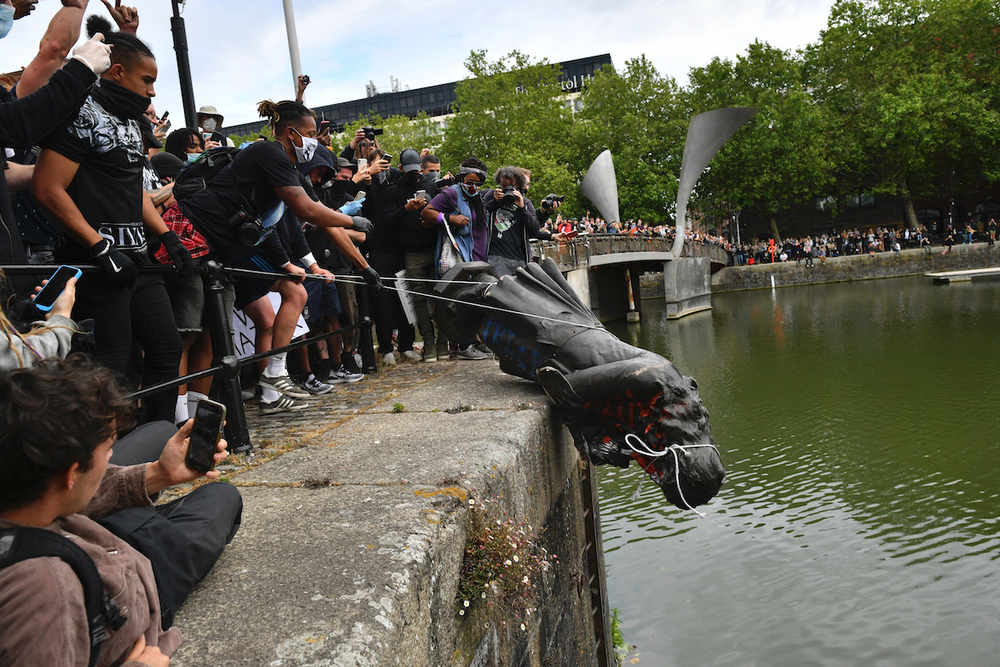 The toppling of the Edward Colston monument in 2020.

The statue was a monument to Edward Colston, a member of the Royal African Company, which transported thousands of slaves from Africa annually during the mid-and late 17th century. Protestors strung up the statue with rope and launched it into the harbor that slaves had passed through centuries ago. Footage of the statue’s toppling went viral on social media—and initiated a grappling with monuments in England and around the world. Three days after the statue was thrown into the river, London mayor Sadiq Khan announced plans to review all statues in the city that could be linked to the slave trade. 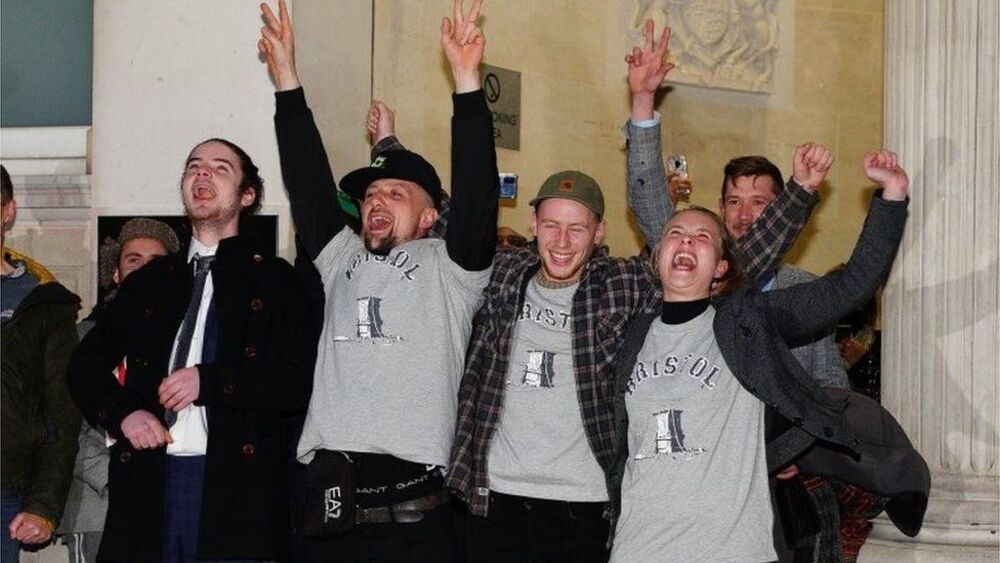 Photos from outside the courtroom show Sage Willoughby, Jake Skuse, Milo Ponsford and Rhian Graham (from left to right) celebrating after receiving a not guilty verdict at Bristol Crown Court, on January 05, 2022 in Brist

The trial over the actions of the protestors, who have become known as the Colston 4, has been public-facing and controversial. Even the famed street artist Banksy got involved, producing T-shirts in support of the protestors.

In an Instagram post announcing the shirts, Banksy wrote that all proceeds from the sale would go to the defendants “so they can go for a pint.” Although Banksy sold the shirts at £25 (~$33) each, one shirt has already appeared on eBay at £9,000 (~$11,890). 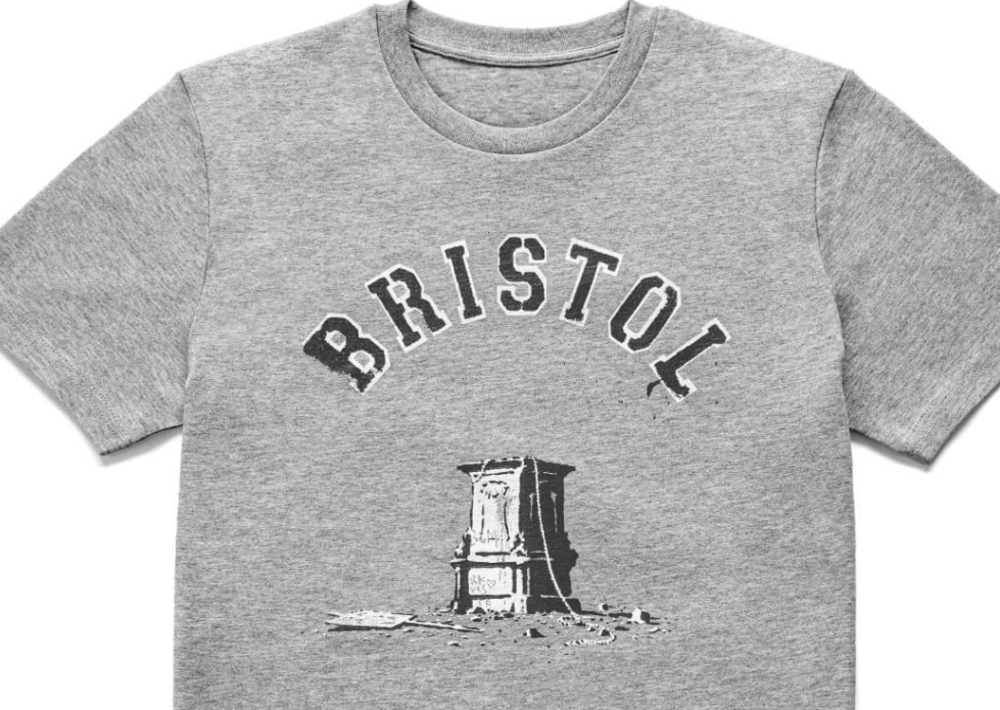