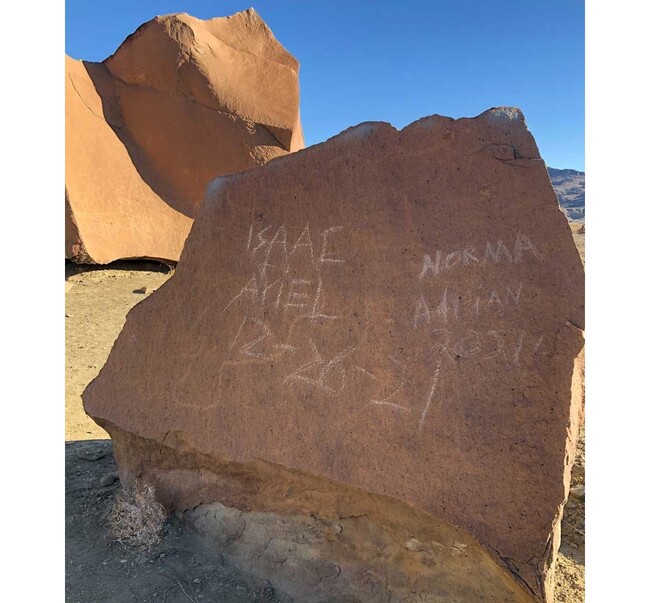 A vandalized petroglyph in Indian Head.

On December 26th, a panel of ancient petroglyphs in the Indian Head area was irreparably damaged after vandals scratched their names and date across the prehistoric rock, prompting officials to urge the public to come forward with information about the vandals.

The rock carvings, known as petroglyphs, are sited in an area known as Indian Head. They date back multiple millennia, though it has not yet been possible for experts to determine an exact age.

The petroglyphs, or rock carvings, in Big Bend appeared to be carved over with the names Issac, Ariel, Norma and Adrian and the year 2021 and the date 12-26-21 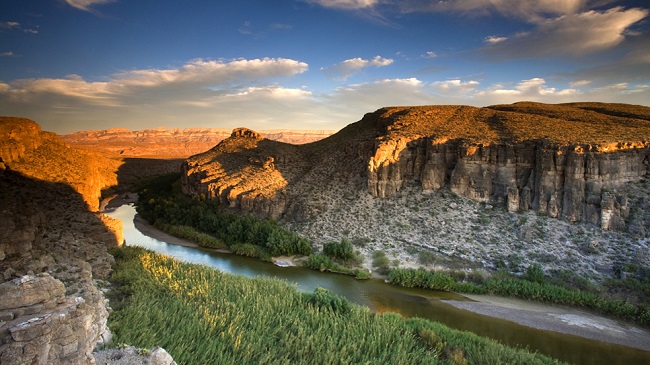 Big Bend National Park, which opened 1944, was of archaeological importance and was a "prime example" of a Chihuahuan Desert ecosystem with a "myriad" of wildlife and specialized plants living alongside 13,000 years of human history.

The National Park Service said there had been more than 50 instances of illegal vandalism recorded at the park since 2015, and it urged anyone with information to come forward.

"Damaging natural features and rock art destroys the very beauty and history that the American people want to protect in our parks," Bob Krumenaker, superintendent of Big Bend National Park, said in the release.