A controversial art exhibition featuring works such as a statue symbolizing the "comfort women" who worked in Japan's wartime military brothels will be held in Tokyo next month, its organizers said Friday, after being postponed for about a year due to protests. 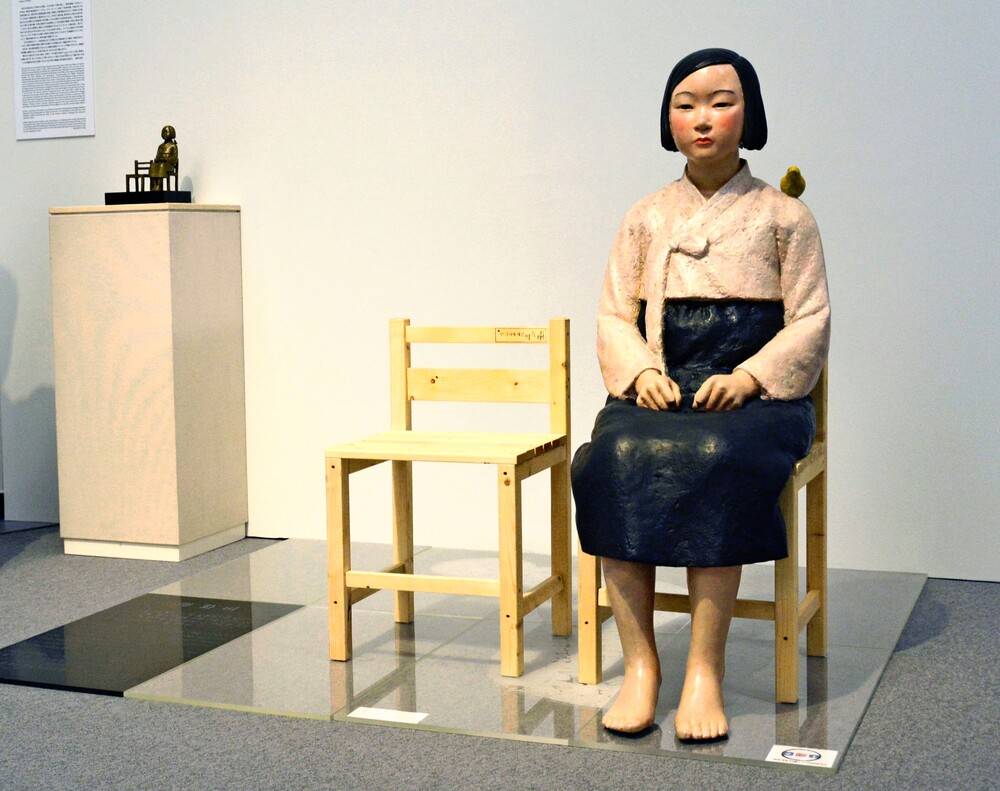 The "Non-Freedom of expression Exhibition" will run from April 2 to 5 in the suburban city of Kunitachi, showcasing works that have been banned or removed from public art museums due to their controversial nature, the organizers said.

"We just want to offer an opportunity to appreciate art in peace," Sadaaki Iwasaki, a co-representative of the organizers, told a press conference, asking people opposing the event not to cause any trouble to residents around the venue.

Sadaaki Iwasaki, a representative of the organizing committee, said during a press conference that the exhibition was being held to “provide an opportunity to think freely about topics such as the Imperial system, colonial rule, the Japanese military’s ‘comfort women,’ and nuclear power issues at a time when people are forced into silence in various forms of expression.”