[NEWS] Major Exhibition Devoted to Vivian Maier—Arrives in the UK 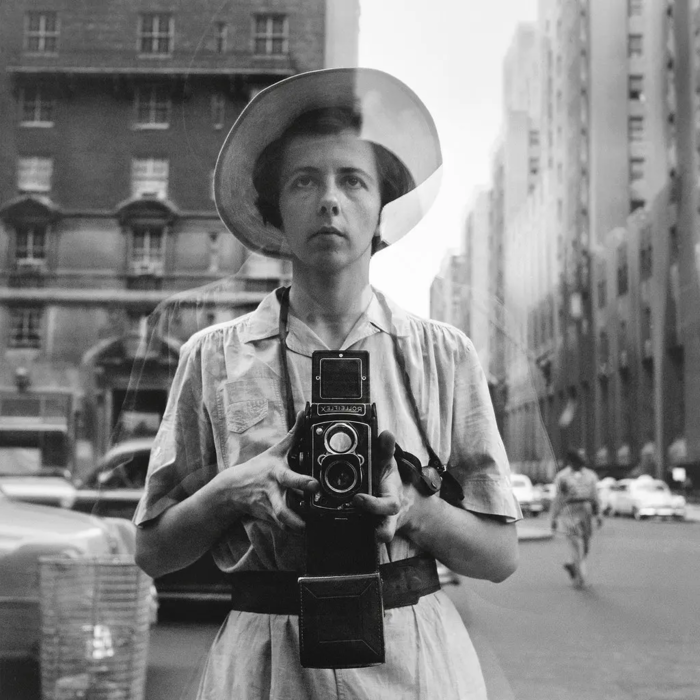 A 1954 self-portrait by Vivian Maier, whose art has become heralded since her death in 2009.Credit...Vivian Maier/Maloof Collection
MK Gallery hosts the first British show of Vivian Maier, the American nanny who secretly took hundreds of thousands of photographs that first came to light in 2007.
The story of Vivian Maier (1926-2009) is wonderfully peculiar. For four decades she worked as a nanny in New York and Chicago, during which time she secretly took hundreds of thousands of photographs. She was fiercely dedicated and technically skilled, yet she shared her images with virtually no one. “She was an ‘invisible’ woman,” says Anne Morin, the curator of the first UK exhibition of Maier’s work, at MK Gallery in Milton Keynes. “She never had her own life, living in the house of her employers, working for them. The only territory where she could be free with her own identity was photography. This was her way to exist.”
It was perhaps Maier’s anonymity that enabled her to capture so freely the everyday expressions and interactions of people of different social standings. Produced by the cultural management company diChroma Photography, which has organised several shows of her work, the exhibition will bring together more than 130 black-and-white and colour photographs, as well as film and audio.
It was not until 2007, when Maier fell behind on the payments for a storage locker, that some of her work became public. At auction, the estate agent and amateur historian John Maloof acquired a box of negatives, reams of undeveloped film and other collectables. Captivated by the portraits of daily urban life, he tracked down the rest of the boxes and began his quest to bring Maier’s work to light. In 2009 he found a brief obituary online and, after putting together a photography blog and his own exhibition (museums were not interested at this point), he made a documentary, Finding Vivian Maier. After the film’s release, Maier became a landmark figure in 20th-century American photography (kicking off a lengthy legal battle over control of her legacy). Vivian Maier’s undated Self-portrait exemplifies her double life as a nanny and a passionate photographer who captured the world around her in New York and Chicago
© Estate of Vivian Maier. Courtesy of Maloof Collection and Howard Greenberg Gallery

The story of Vivian Maier, then, is not a story about why one woman chose (or did not choose) to become an artist, but rather a story about how we all have art locked inside of us somewhere, how we are all capable of seeing and capturing the humanity of those around us, and that while only a few of us are ever lucky enough to be allowed the time and space for that art to come out and be recognized and pronounced “good” by the world, we can still go out onto the street with the cameras that nearly all of us carry now and, for just a moment, create a picture of something beautiful, whether we share it with the world or someone special or just keep it to ourselves. What if we understood that all of us—nanny, bus driver, journalist, teacher, even, yes, corporate executive—have an undeveloped trove of masterpieces within us? How, then, would we change the world?