June 21, 2022
In an unexpected turn, the Tate announced Wednesday that it will deaccession a vast archive of materials from Francis Bacon’s estate donated by a close confidant of the Irish-born painter, after researchers raised questions about the gifts’ authenticity. The move comes just two months after Barry Joule, a British man who befriended Bacon in 1978 while living in London, rescinded his initial plan to donate another group of works to the museum after it failed to exhibit the disputed archive, which he donated nearly two decades ago.
﻿ 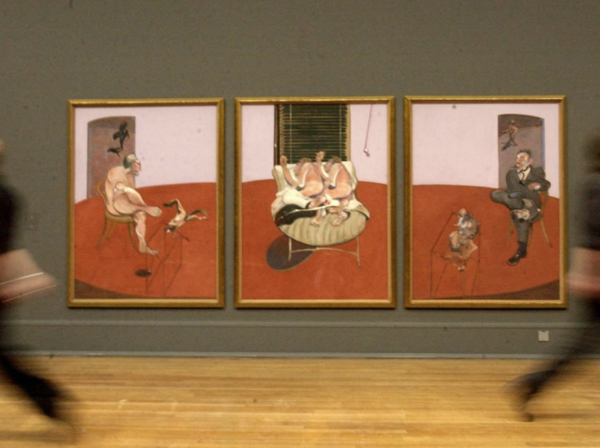 He is a Canadian writer, and a long-time friend of the artist Francis Bacon who died in 1992 and left a substantial amount of his archive material to Joule. In 2004, Joule donated the near 1,200-item archive spanning drawings to photographs from Bacon’s studio that was worth an estimated £20 million ($25.1 million) to the Tate. At the time, the Tate said it would catalogue the donation over a period of three years before making it available to be exhibited, but the promised public showcase never materialized. The museum said it is now offering the archive back to the donor — a move that is rare, but legally permissible for U.K. institutions. Barry Joule with his friend, Francis Bacon, at the artist’s studio in London in March 1986. Photograph: Copyright Barry Joule
In a statement first obtained by the Art Newspaper, the Tate said the Joule archive materials had been “researched by art historians, and this research has raised credible doubts about the nature and quality of the material,” continuing that “any potential it held to improve the public’s understanding of Bacon’s art has been exhausted.” Joule has denied any claims that the archive contains inauthentic materials. Whether or not the Tate’s move to jettison the long-held archive will affect the ongoing negotiations between Joule and the Pompidou to receive the other tranche of works is still unclear. A representative for the Center Pompidou did not immediately respond to ARTnews‘ request for comment.