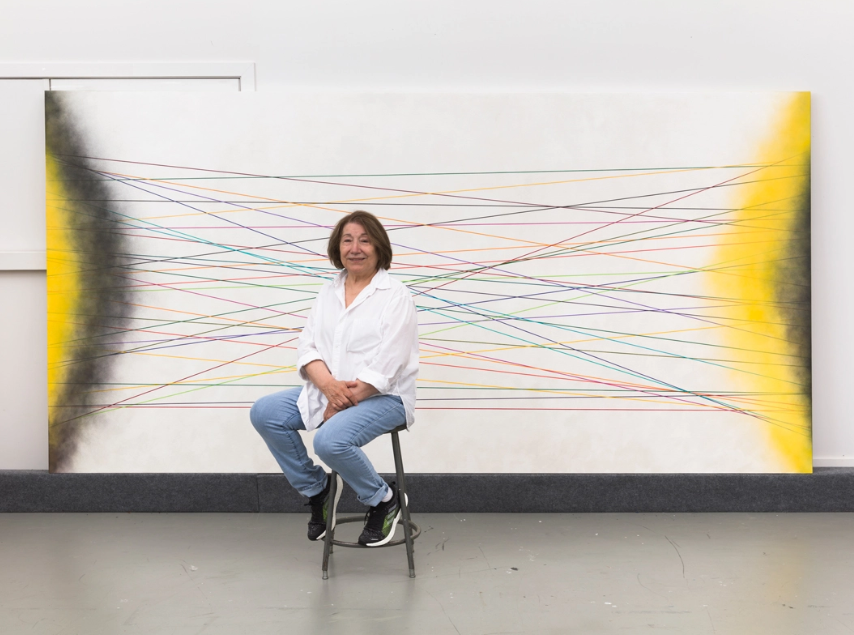 P​ace Gallery now represents Virginia Jaramillo, a pioneering abstract painter who has been making work for over six decades but has only recently seen a resurgence in interest. Jaramillo will continue to work with Hales Gallery, which has locations in London and New York.

With this representation, Jaramillo will become one of the few U.S.-born Latina artists to be represented by a mega-gallery. Pace will present her work at its booth at the inaugural edition of Frieze Seoul in September and will mount a solo show of her work at its forthcoming Los Angeles space in May 2023. The Kemper Museum of Contemporary Art in Kansas City is currently at work organizing a career retrospective of her work. “Through her meticulous, contemplative abstractions, Virginia expresses ideas about complex physical and theoretical subjects, imbuing her minimalist compositions with emotional resonance,” Pace’s CEO and president Marc Glimcher said in a statement. “Virginia’s explorations of space, depth, and materiality produce mesmeric effects, drawing us into the illimitable realms of her chromatically rich, dynamic canvases.” Best known for her “Curvilinear Paintings,” Jaramillo has long been fascinated with the simplicity—and complexity—of a single line. In a 2020 interview with ARTnews, she said, “I started eliminating everything from my canvas and doing just the line. How can I make this one line appear—how important is this line? Is that line as important as the negative space around it, or is the negative space around the line equally important, or even more important?” Born in El Paso, Texas, in 1939, Jaramillo was raised in East Los Angeles and early on showed an aptitude for drawing. (“Even in school, I was always called Leonarda,” she said in her ARTnews interview.) She attended L.A.’s Manual Arts High School and received early tutelage from Charles and Ray Eames. In 1959, her work was included in an “Annual” exhibition at the Los Angeles County Museum of Art.