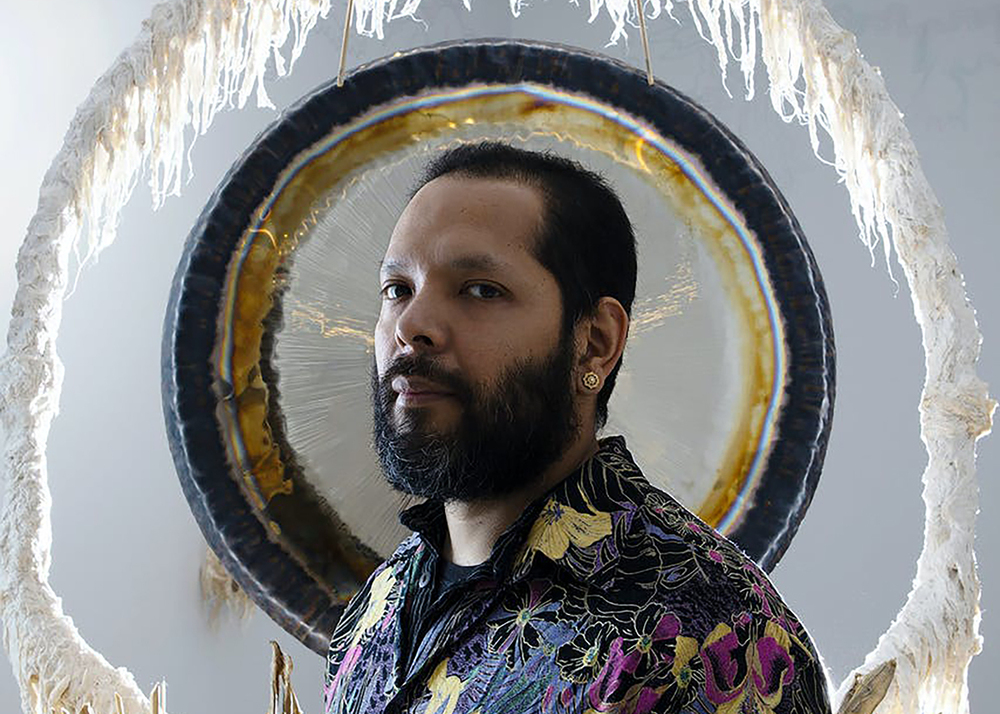 The Lise Wilhelmsen Art Award, one of the world’s largest art prizes, has named Brooklyn-based artist Guadalupe Maravilla as the second-ever winner of its $100,000 purse. As part of winning f the prize, Maravilla will have a solo show next year at the Henie Onstad Kunstsenter in Høvikodden, Norway, which administers the award.

Guadalupe Maravilla (b. 1976, El Salvador) is a visual artist working and residing in Brooklyn, New York. In 1984, aged eight, Maravilla immigrated to the United States as an undocumented, unaccompanied child, fleeing civil war in El Salvador. When as an adult, he was diagnosed with cancer, Maravilla was treated with radiation and chemotherapy alongside his own healing practices and became cancer free. Both events have had an impact on Maravilla’s artistic practice and are present in his artworks.

The Lise Wilhelmsen Art Award (LWAAP) presents 100,000 USD in prize money to a distinguished artist whose work will inspire and motivate future generations to active participation and social responsibility.

Marvailla’s interdisciplinary practice looks at how healing—from trauma, displacement, and illness—might be achieved through nature and sound. He was recently the subject of a major exhibition presenting new works at Socrates Sculpture Park in Queens, titled “Planeta Abuelx.” For that show, the artist planted vegetables and medicinal herbs around his sculptures, and staged sound baths in the park.

In a statement, the jury that selected Maravilla for the prize wrote, “Maravilla’s work is also far more than his life. Building on personal narratives but venturing far afield into pre-Columbian mythologies, ollective memory, geopolitical history, and material culture, the artist constructs artworks that act. His sculptures and elaborate constructions are also performative tools; he collaborates with others to create interactive wall drawings; he has choreographed a motorcycle gang chorus, and crossed the Rio Grande using one of his artworks as a flotation device.”